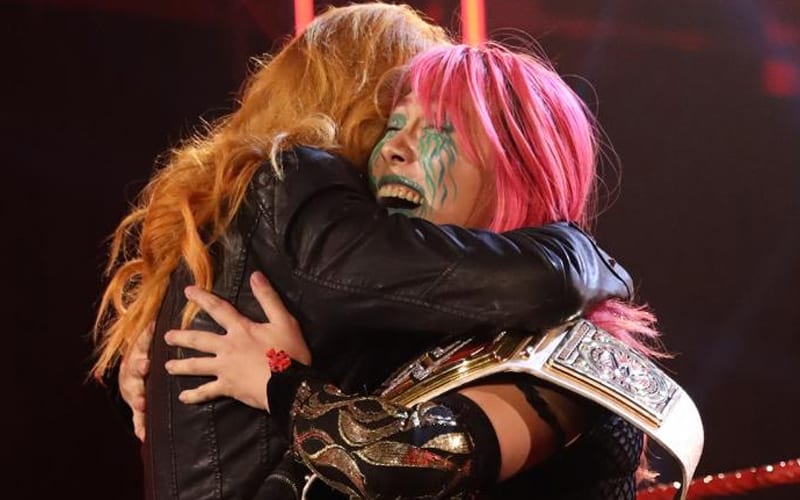 Becky Lynch had a historic announcement to make on WWE television this week. After a great run on top, The Man left WWE to become The Mom. This was a huge announcement, and the shock was also felt backstage.

While speaking to Table Talk podcast with Mo Lightning, D-Von Dudley revealed the backstage reactions for many women on the roster. The WWE Producer also confirmed that he has retired from in-ring action.

D-Von mentioned Nia Jax, Tamina, and Lana, but didn’t disclose the other woman for fear that it might ruin her tough image. We can only guess he was talking about Shayna Baszler since The Queen Of Spades had such a cutting promo this week on The Man’s baby.

“We were watching the segment just like everyone else was at home. And, if I’m not mistaken, I believe Asuka didn’t know. So, the reaction that she gave was extremely genuine and natural.”

“The response when she did say you’re gonna go off to be WWE women’s champion now and I’m going to go off to be a mother, everybody in the room just went, ‘what?!’ Nia, Lana, Tamina, and I don’t want to say the other girl because if I do it might take away from her meanness.”

Jim Cornette wasn’t as happy for Becky Lynch. Click here to read what he had to say.

Becky Lynch will have to go away from WWE for a while. This could be a very long hiatus, or she can work on making it back as soon as possible. The choice is really up to Becky Lynch about what she wants to do next.