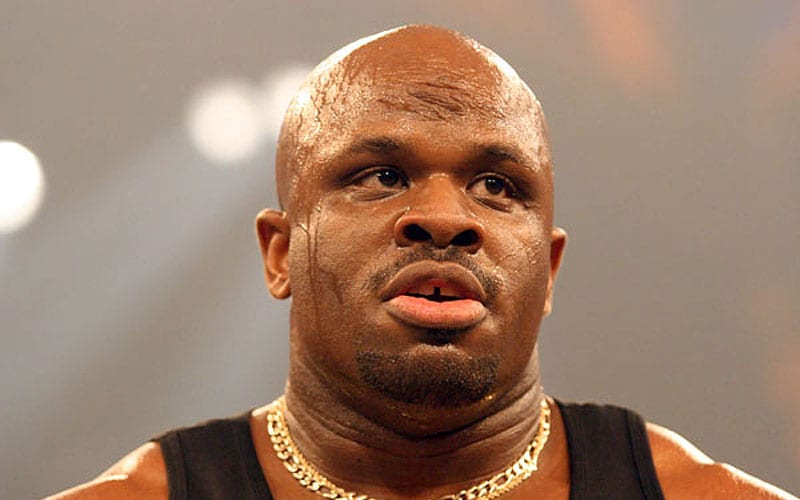 D-Von Dudley started his in-ring career in 1992, but his time as a wrestler is over. This was not an announcement that came easy for him to make.

On a recent episode of Table Talk podcast with Mo Lightning, D-Von explained that his days as an active competitor in the ring are over. This is an official announcement of retirement, but it didn’t come without frustration.

“You know, I’m just — and I’ve told Lindsey this before. Even though I am little frustrated, I was a little frustrated of not continuing to wrestle for that one more year that I wanted, I’m extremely happy now being a producer and not wrestling. I have officially announced that I’ve hung it up and I’m done, you know, except for different appearances that they may want me to do on the show, but no more wrestling. No more fighting for the titles. None of that anymore. I’m done. I’m officially done.”

He might be sad to hang up his boots, but D-Von Dudley is very happy about what he was able to accomplish in his career.

“I’ve had my fifteen minutes of fame and it was a good ride, it really was. The old timers used to tell me, ‘Don’t blink, because when you do it’s over. It goes that fast.’ And it did feel like it went really, really fast. But a 28-year career — always being on top and never taking a break, regardless of the injuries or anything like that — we did it, you know? And I think Bubba said it best during our Hall of Fame speech. You know, we did it our way. We went out there and conquered. We became synonymous in terms of using the name when tag team wrestling comes up. We will always be put in with some of the best and arguably some people will say we were the best. But I’m just happy that when you do mention tag teams, the Dudley Boyz names come up.”

D-Von’s final contest in the squared circle took place at a House Of Glory show on December 17th, 2017. He was in a fatal four way match with Bubba Ray Dudley against The Hardy Boyz, Private Party, and Proud-n-Powerful.