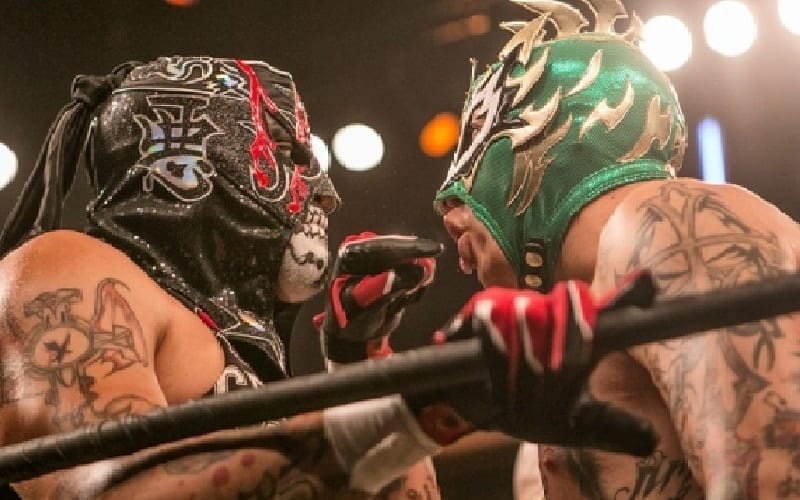 You never know who could be related to someone when they claim to have a famous person in their family. Pentagon and Fenix have a pretty bad problem with that going on right now.

There was a wrestler in Mexico claiming to be the father of Fenix and Pentagon Jr., but Pentagon said that they were not related and it was a scam

It wasn’t noted if this guy is doing any damage by claiming to be the Lucha Bros’ daddy. Pentagon did say it’s a scam so this guy might be looking for cash from fans. It could certainly get annoying, especially if he is out in their circle claiming to have a connection with the famous AEW stars that he doesn’t.

There are much better ways to earn clout than to claim your kids are on television.