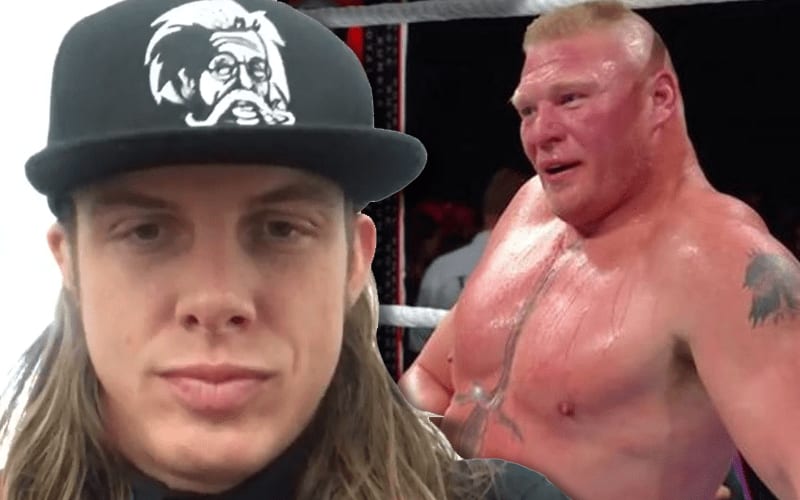 Matt Riddle really wants to face Brock Lesnar, but some backstage heat with top brass on the WWE main roster might keep that from happening.

Brock Lesnar approached Riddle at the Royal Rumble and told him a match isn’t going to happen. That didn’t change the Original Bro’s determination.

While speaking with Fansided, Matt Riddle revealed that his match with Brock Lesnar likely isn’t going to happen. He “shook the 8-ball” as he put it. The Beast Incarnate is still his dream opponent, and he is going to try to get that match. It’s going to be a lot of work if he can pull it off.

“At the end of the day, I think I’m going to become valuable enough where he’ll want the match and when I do that and that day comes, I’ll get my dream match. But that’s a lot of work and I’ve got a lot of work ahead of me.”

Matt Riddle rubbed some people in WWE the wrong way. He sent some tweets to Brock Lesnar that he didn’t take well either. Lesnar isn’t checking his Twitter account, but he heard about things from a certain Advocate.

We’ll have to see if Brock Lesnar vs Matt Riddle is a possibility. Don’t get your hopes up, bro.