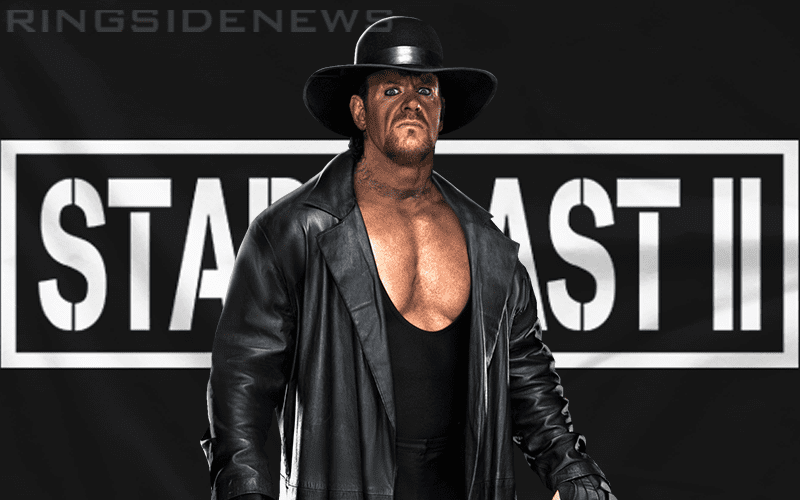 The Undertaker is getting a lot of press recently because he is acting more like a human than ever before. He dropped the gimmick and he is getting real. Now he has agreed to appear at Starrcast.

The thought of The Undertaker doing a shoot interview with a pastor might have blown fans’ minds years ago, but it happened. Now Taker is appearing at Starrcast and according to Wrestle Votes that will be it. So everyone can relax.

“The Undertaker will be appearing at Starrcast in Las Vegas this May, the convention in association with AEW Double or Nothing.”

“I highly doubt he appears on the or has anything to do with the promotion . Relax everyone.”

We will have to wait and see if AEW could snag the Dead Man for Double Or Nothing. However judging by how tightly locked down WWE has the Undertaker’s name it’s very unlikely to happen. Then again, you never know what can happen in pro wrestling.