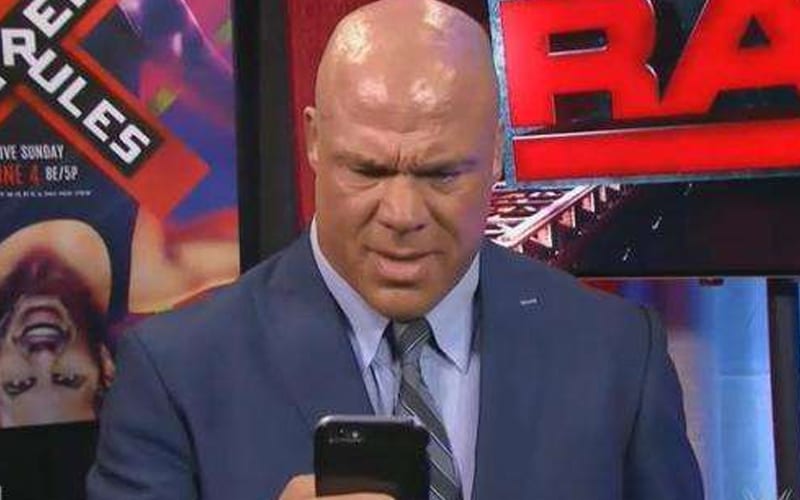 WWE needed to cut a lot of valuable people today. One WWE Hall Of Famer who happens to be an Olympic Gold medalist is also out of a job.

PW Insider reports that Kurt Angel has been released from WWE. He joins the list of nine backstage producers who were let go.

WWE has announced the release of WWE Hall of Famer Kurt Angle, who retired last year at WrestleMania 35.

Angle was a producer on the Raw brand. This is a very hard loss to take. It looks like there will be more to come very soon.

What do you think about WWE releasing Kurt Angle? Sound off in the comments below!