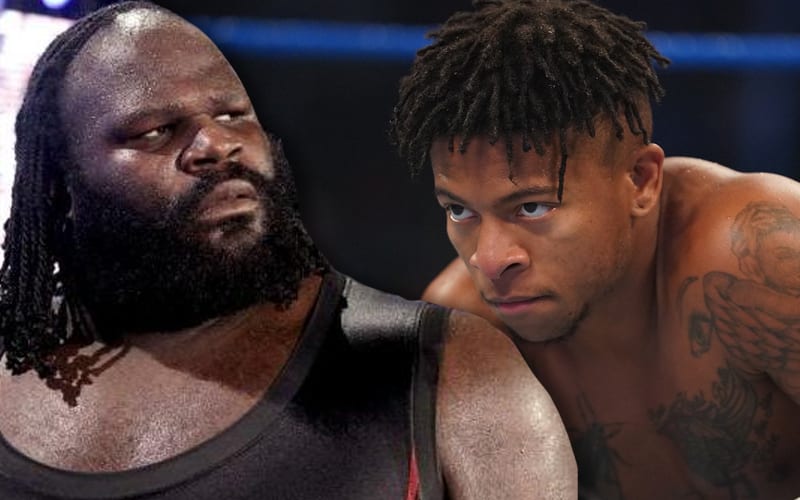 Henry tweeted at Lio Rush with an offer him to call in and talk to him live on the air. Henry is on Busted Open Radio and would probably welcome that lively discussion. Rush replied some time later saying that the number didn’t work.

The Man Of The Hour then proceeded to send a few tweets Mark Henry’s direction. You can read them all below. The final tweet accused Henry of being one of the reasons why African American performers can’t get over in WWE.

“This number isn’t working. Unless you forgot to pay the bill. Maybe you need to budget your money a bit better.”

“Don’t even know why I’m entertaining this. Keep my name in your mouth if you please. You literally have nothing better to do then to continue to talk [crap emoji] on a situation that happened over a year ago about a 25 year old who just lost his damn job.”

“Sorry guys, but I’ve been holding my breathe for way too long. People like this need to get called out. It’s sickening, it’s disappointing and extremely discouraging. I love my fans and i pray that one day in the future the state of this kind of matter progresses.”

“And this is why African American talent on the biggest platform will continue to not have equal opportunity because people like you constantly tear your own people down. A damn shame honestly.”

Mark Henry responded to Lio Rush’s previous barrage of tweets. The WWE Hall Of Famer is standing by his words that Rush didn’t work hard enough.

Henry has yet to respond to Lio Rush’s recent accusations as of this writing. We will keep an eye on this on-going story.