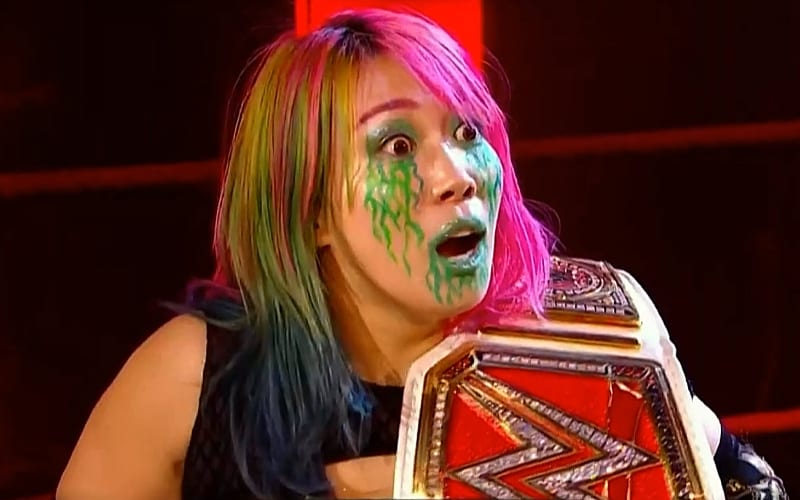 Asuka won the RAW Women’s Title without even knowing it at Money In The Bank. Now she is looking for her next challenger.

The new Raw Women’s Champion tweeted out a challenge to anyone who was willing to accept it. “Calling out around the world, Are you ready for a brand new beat?”

Asuka might not have expected Mickie James to chime in and throw her hat in the running. James stated that she’s never been handed anything in her career. Now she’d be happy to go to Raw and take Asuka’s title.

Come to think of it @WWEAsuka I’ve NEVER been handed anything in @WWE before, especially a #WWE Championship… EVER!

I’d be happy to come OVER & rightfully TAKE it from you. This time you wouldn’t be so lucky. I got your beat, raise you a sweet solo, now let’s duet!

We’ll have to see if Mickie James vs Asuka is in WWE’s plans. They recorded next week’s episode of Raw during the grueling multi-day shooting schedule earlier this week.