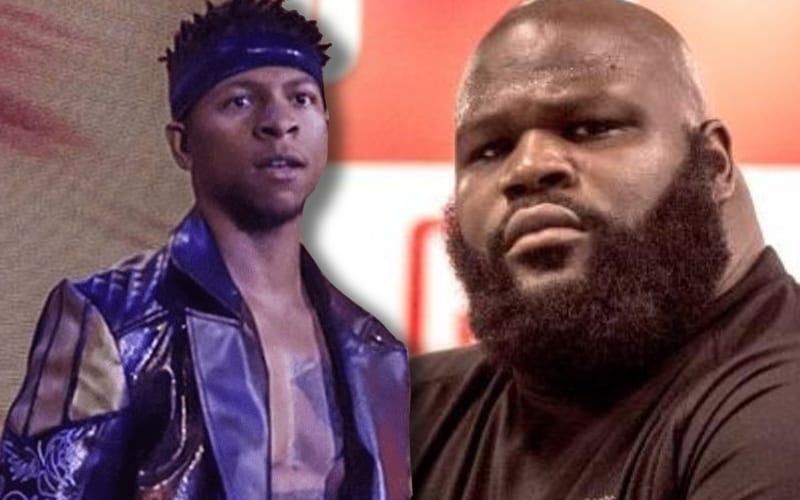 Lio Rush was released from WWE on April 15th. He stated that he might never wrestle again, but he apparently still has heat with Mark Henry.

Mark Henry spoke about Lio Rush in the past. Henry said that Rush told him “blatant lied to my face.” Now Lio Rush is firing back as he is remembering a time when Mark Henry lied to him.

Woke up remembering the time Mark Henry said I lied to him to his face & then continued to bury me on his podcast while telling me i need to learn how to spend my money better. Sh*t was crazy. Sorry man, i didn’t mean to have a wife and two kids on top of other responsibilities.

Lio Rush fired off several more tweets at Mark Henry. He said that Henry saying what he did about Rush was “sad.” He also sent out a tweet saying that he’s “tired of the bullsh*t.”

Tired of the bullsh*t. If you want to talk, put me on your podcast so we can have a conversation for the world to hear. @TheMarkHenry

Mark Henry replied to these remarks. He doesn’t have to answer to anyone and stands by what he said about Lio Rush.

I don’t have to answer to anyone. I said what I said, I’ve tried to help an mentor many. I can’t make people do what I know to work.

This is an interesting time of transition for the Man Of The Hour. He was released from his WWE contract and then he stated that he might never wrestle again.

Rush also put a ton of his wrestling gear for sale. We’ll see if Lio Rush makes his way back to pro wrestling, but he might want to steer clear of Mark Henry.