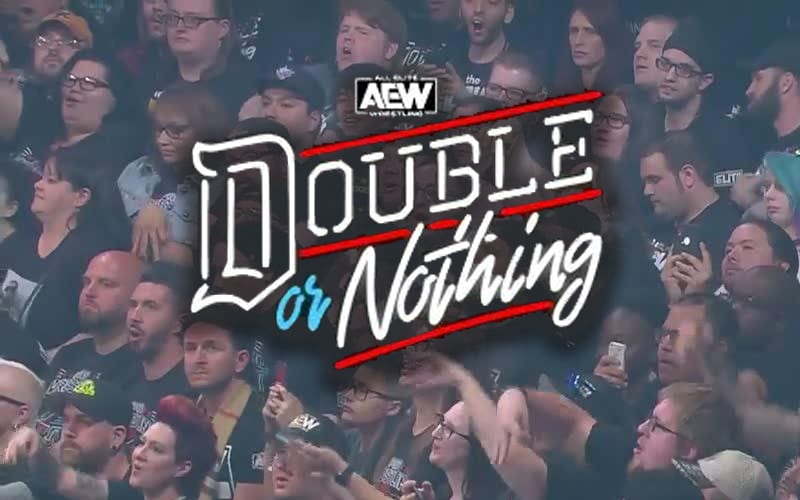 AEW Double Or Nothing is May 23rd. Ideally, the COVID-19 pandemic would have leveled off enough by now that it would be a no-brainer that live fans can return. That is not the case.

All Elite Wrestling just dropped the official Double Or Nothing t-shirt and there are a couple things to notice. They don’t have any matches on the t-shirt like they have for previous events. The company also included a very interesting phrase on the back of the shirt.

The new merch says “I Watched At Home Because I Can’t Leave My House.” This is similar to event t-shirts that WWE released for WrestleMania which said “I Wasn’t There.” Money In The Bank’s t-shirt was a bit less blunt as it said, “I Wish I Was There” on the back.

AEW has not made any announcement about allowing live fans at Double Or Nothing. They sold tickets, but that was for the now-cancelled Las Vegas venue. A new 2021 date was already locked down for Las Vegas.

No tickets are on sale for a new AEW Double Or Nothing location. This new piece of AEW merchandise gives us a good idea that they’re not counting on any live fans inside the venue for their next pay-per-view offering.