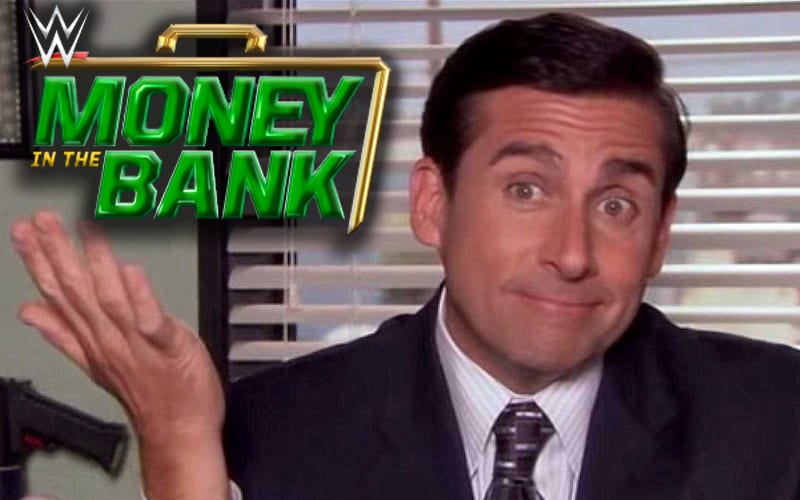 WWE’s merchandising team seems to be fans of The Office. They used Money In The Bank to pay homage to the much-missed NBC comedy.

Money In The Bank is going to be very different this year. The two Money In The Bank ladder matches are slated to take place inside and on the roof of WWE Headquarters in Stamford. Since they are going to WWE’s offices, the company had a little fun with the idea.

WWE dropped a few pieces of Money In The Bank merchandise. One of them includes “I Wish I Was There” on the back of it. That’s a little less direct than the “I Wasn’t There” t-shirts they sold for WrestleMania.

What really caught our attention were two t-shirts that blended MITB with The Office.

One of them looks like The Office’s logo showing a classic stick figure man on a placard next to a door. The other one made it 100% clear that they were doing an Office parody. It features a steaming cup of coffee in a mug that says: “World’s Most Moneyest In The Bank.” Of course, this is a play on Michael Scott’s “World’s Best Boss” mug.

Did WWE outdo themselves with the Money In The Bank merchandise this year? Sound off in the comments below!