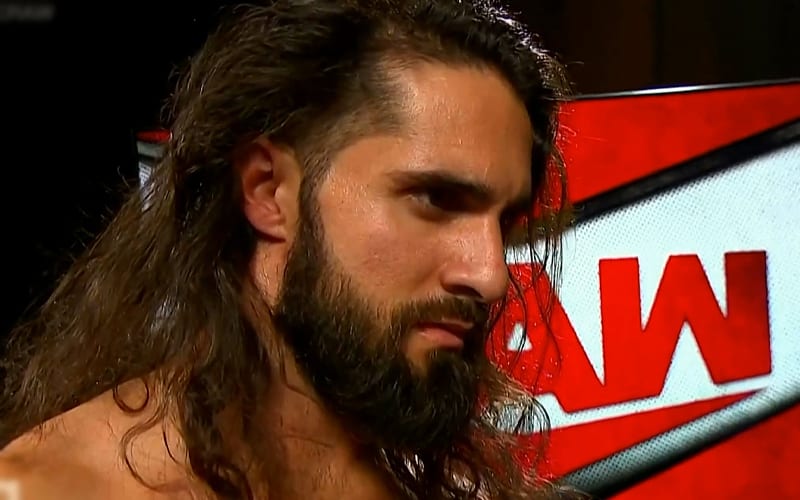 Becky Lynch kicked off WWE Raw this week by announcing her pregnancy. She didn’t reveal who the father is, but everyone already knows. WWE has not kept Seth Rollins and Becky Lynch’s relationship a secret at all. Then they finally acknowledged Rollins’ role in The Man’s pregnancy during the second hour of the show.

Rey Mysterio cut a backstage interview during Raw. He discussed falling off the roof at Money In The Bank and how he survived. Apparently, there is a second roof six-feet down from the top which he landed on safely.

Seth Rollins walked into the frame and things were tense for a moment. Rey and Rollins were set to oppose each other in a tag team match later on in the night.

Then Rey Mysterio congratulated Seth Rollins for becoming a father. He had some more words of encouragement before Rollins walked away without saying anything at all.

Rollins didn’t respond to this congratulations. He is a heel, but at least WWE made some reference to The Monday Night Messiah’s impending fatherhood.