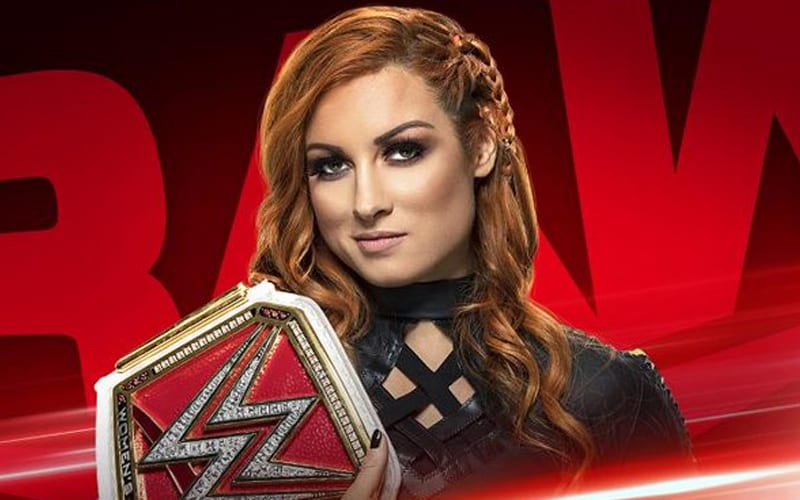 Welcome to Ringside News’ live results coverage for WWE RAW, the night after Money In The Bank.

That’s right, last night was Money In The Bank and Asuka won the briefcase on the women’s side, while SmackDown’s Otis won the men’s briefcase in what was a super fun match. Drew McIntyre also retained his WWE Championship over Seth Rollins and the two shared a surprise handshake afterwards.

Tonight we move forward, and the big news is a “career-altering” announcement from Becky Lynch, with the rumour being she’s pregnant. Meanwhile Edge and Randy will (surpisingly) continue their WrestleMania rivalry, WWE will address the Intercontinental Championship, and Drew McIntyre will be seeking a new challenger. That is, unless Seth Rollins has other ideas.

That’s the sparse preview for tonight’s RAW. Be sure to follow along on the Ringside News app for live updates and enjoy the show!

RAW opens with a highlight reel of the dual Money In The Bank ladder matches, which were won by Otis and Asuka.

THIS is the @WWEUniverse we’re living in.

The announcers mention that Rey Mysterio and Aleister Black are both fine and will actually team-up tonight to face Seth Rollins and Murphy. Also tonight, we’ll be getting A Moment of Bliss.

The RAW Women’s Champion, Becky Lynch, comes to the ring. Lynch doesn’t have the title with her but she does have the women’s Money In The Bank briefcase. Lynch is emotional and says tonight is not an ordinary night. She’s torn between joy and sadness, because things are about to change in her life. So she asked the decision makers to raise the stakes for the MITB match and they did it. But before she gets to that, she walked through the PC doors in 2013 and she didn’t know if she belonged. Becky cries.

She didn’t know if anybody would care about a loudmouth Irish woman who loved puns and tea. But they did care and they carried her to history. Through injury and triumph the fans latched on to her, and she responded in kind. And that’s why we deserve to hear it from her first: she has to go away for a while. Becky starts crying again but out comes Asuka.

Asuka rants and raves as only she can, seemingly mad that Becky has her briefcase. Becky says it is her and Asuka is the only woman who can beat her. The best wrestler in the world. And that’s why she’s happy this is happening to Asuka. You see, the match last night wasn’t for an opportunity, it was for so much more. Becky unlatches the briefcase and inside is the RAW Women’s Championship. Becky tells Asuka she can’t wrestle anymore but she can. Asuka grabs the title and celebrates like crazy while Becky laughs. Lynch tells her to go be a warrior, because she’s got to go be a mother. Becky and Asuka hug, then Lynch leaves looking sad.

We’ll miss you, too, @BeckyLynchWWE … but we couldn’t be happier for you! #WWERaw pic.twitter.com/iZteMLNXlN

The match begins and Lashley lifts and slams Carrillo. Bobby puts Humberto in the corner but misses a running back elbow. Carrillo slaps Lashley and gets caught with a big one-handed spinebuster for his trouble. Lashley looks for a Spear but Carrillo avoids it and he tumbles from the ring.

Carrillo looks for a suicide dive but Lashley hits him. The big man goes and grabs a chair but Carrillo jumps off the apron with a dropkick, knocking the chair into Bobby’s face.

Back live and Lashley is attacking Carrillo in the corner. Carrillo kicks Lashley, then hits a springboard kick that knocks him to the outside. Lashey sidesteps a baseball slide, then catches Carrillo on his shoulders and slams him into the ring post. Lashley puts Carrillo against the ring post and swings a chair but Humberto dodges it.

Carrillo then batters Lashley with the chair repeatedly and sends him back into the ring. Carrilo hits a springboard towards Lashley but gets caught with a full nelson and taps out.

The Street Profits cut a promo backstage saying they’re better than The Viking Raiders. They say they’re going to beat the Raiders in a basketball game tonight. We then see the Raiders and they don’t understand why they have to play baseketball. Erik asks why they didn’t choose something cool like sword-fighting or people-throwing. Ivar asks if it will help if they sing karaoke and Erik says no. Ivar says they just have to be aggressive, but Erik says there is such a thing as fouls. Ivar is baffled.

After the break. Edge and Randy Orton in the same ring.

Charluy Caruso is joined by Asuka. Caruso asks how she’s processing and Asuka talks in Japanese. Kairi runs up and can’t believe her eyes, then celebrates with Asuka.

We see a lengthy replay of Edge Vs. Randy Orton at WrestleMania.

This was the scene after #LastManStanding at #WrestleMania.

Zelina Vega and her men are embroiled in a big arguement backstage.