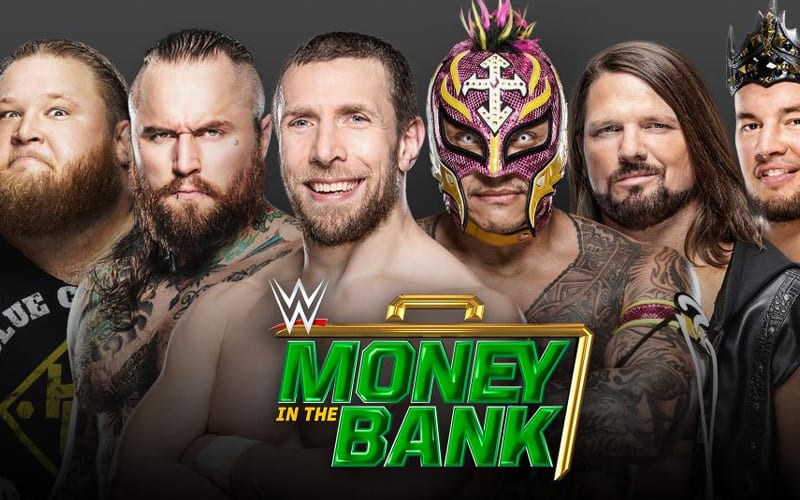 Welcome to Ringside News’ coverage of WWE’s 2020 Money In The Bank pay-per-view. This will be a very unique night of pro wrestling. The KICKOFF SHOW starts at 6:00 PM EST. The main card will begin at 7:00 PM EST.

The company has a few titles on the line, but others aren’t being defended. The United States Title, Raw Tag Team and Women’s Tag Team Titles are all missing. The IC Title is gone, but Sami Zayn is another story.

Both top singles title matches could go either way. WWE’s ratings are dying and Vince McMahon is known to shake things up as a solution. They are also airing all matches in the WWE Performance Center live.

You can check out the card below. We’ll start the results when the show commences.

The kickoff show is in the studio. They cut to Booker T, Renee Young, and JBL. They talked about their predictions. JBL found a reason to bring out his Japanese sword because he thinks Asuka is going to win. He loves that sword.

Then they cut to the WWE Performance Center for an interview segment.

Cesaro took control early on and then Hardy fought out of a headlock and hit a hip toss and an atomic drop. Hardy continued and went outside the ring. Then he used the steps for a dive, but Cesaro caught him and dumped him outside the barricade.

When returned to the ring and Cesaro stood on Jeff’s face, then Cesaro eventually hit an elbow off the second rope.

They eventually ended up outside and Hardy took a rides into the side of the ring. His ribs were battered in the process. Cesaro hit a leg drop when he got in the ring.

Hardy tried to mount a comeback, but Cesaro slowed him down with an abdominal stretch. He threw Hardy down and started delivering stiff forearms to Hardy’s face.

Hardy was able to fight back with a jawbreaker and then they traded punches. Hardy rallied and he landed a right hand. Then he hit an atomic drop and a basement dropkick for a two count.

Cesaro blocked a Twist Of Fate. Hardy climbed up, but Cesaro racked up before climbing up too. Hardy blocked a super gutwrench suplex and fought Cesaro off before hitting a Whisper In The Wind for a two count.

Cesaro hit a clothesline and got another two count. Hardy rolled out of the ring. Cesaro landed a running uppercut. Then Jeff reversed an Irish whip and sent Cesaro into the steps. Hardy tightrope walked the barricade into a diving clothesline. Then Hardy hit the Swanton Bomb for the win.