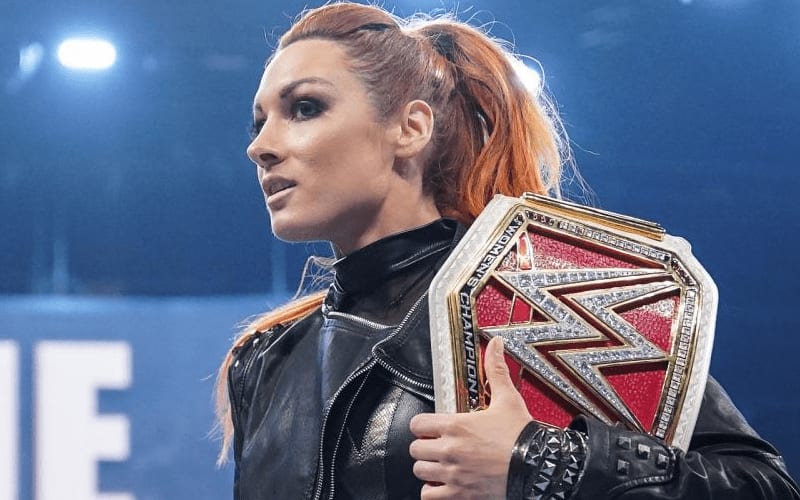 Becky Lynch hasn’t been around WWE since WrestleMania. She has been on Billions, but The Man is coming back to Raw this week. She will also have something very important to say.

Pro Wrestling Sheet reports that Becky Lynch will make “a huge announcement regarding her career” on tonight’s episode of WWE Raw. It’s not clear what kind of announcement she is set to make.

The segment has already been filmed at the WWE Performance Center during today’s tapings. Lynch was previously scheduled to be on Raw this week, but it was to confront the Money In The Bank winner. This announcement could change those plans.

This is a very interesting development, especially considering her recent jokes about becoming a part-timer.

The Man recently broke the record for most time holding the Raw Women’s Title. She hasn’t wrestled since her match against Shayna Baszler. Keep checking back with Ringside News as we continue to keep an eye on this story.

What do you think Becky Lynch will announce tonight on WWE Raw Sound off in the comments below!