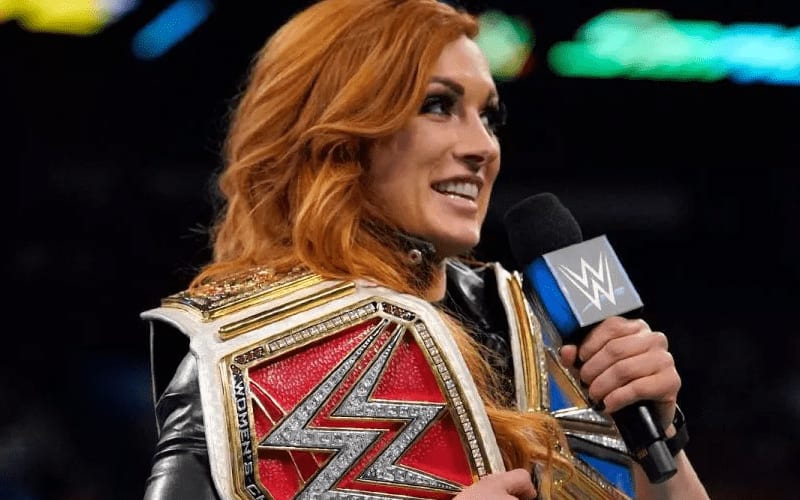 Becky Lynch picked up the RAW Women’s Title at WrestleMania 35. She held onto that title ever since and now she has a big record to show for it.

The Man is racking up her 397th day as RAW Women’s Champion. This places her ahead of every other woman in WWE history who held that title. She just passed Alexa Bliss who previously held the record with 396 days.

Charlotte Flair is third with 242 days, but it would take a lot of catching up for the current WWE NXT Women’s Champion to catch up with Bex now. Ronda Rousey is in the #4 spot with 231 days which shows how much of her year in WWE she was champion.

Next is Sasha Banks with 80 days (82 combined), Bayley with 75 days (76 combined), and then Nia Jax at 70 days as Champion. They’ve only had seven women hold the title, so we have to stop the stats there.

Who do you think will beat Becky Lynch for that title? Sound off in the comments below!