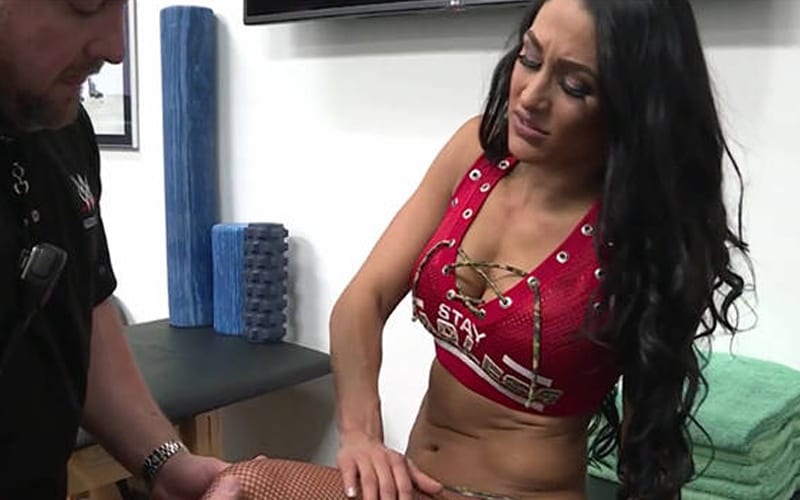 Nikki Bella can no longer wrestle due to neck injuries and discovering two cysts on her brain. Her recent memoir “Incomparable” put a spotlight on how WWE mismanaged her injuries.

Her neck issues started to become prevalent in 2015 as her C6 and C7 vertebrae pushed against her spinal cord. In her book, she wrote about dealing with her injury backstage. Nikki Bella apparently asked for an MRI, but was told that they wouldn’t find anything was wrong with her.

“I asked for an MRI, but they told me that it wouldn’t show anything. They had no answer when I explained that my legs were going numb and giving out on me in matches, that I could only lie down in bed for a few hours at a time. Finally I had an MRI. I was in Austin, Texas, and I was backstage. A doctor came up to me to say: ‘Just so you know, we’re not going to find anything.’ I would have given anything for that to be true.”

Bella eventually texted someone in WWE asking: “Is it because I’m a woman that I don’t get the same treatment as the male Superstars?” She was presenting a ton of neck injury symptoms, but they were convinced she was fine. Then WWE discovered that she needed surgery.

Nikki Bella stated that she was on the “cusp of being paralyzed” and “I was really frustrated because I felt like if I were a male Superstar, I’d be getting radically different treatment instead of being instructed to just sit at home and pray.”