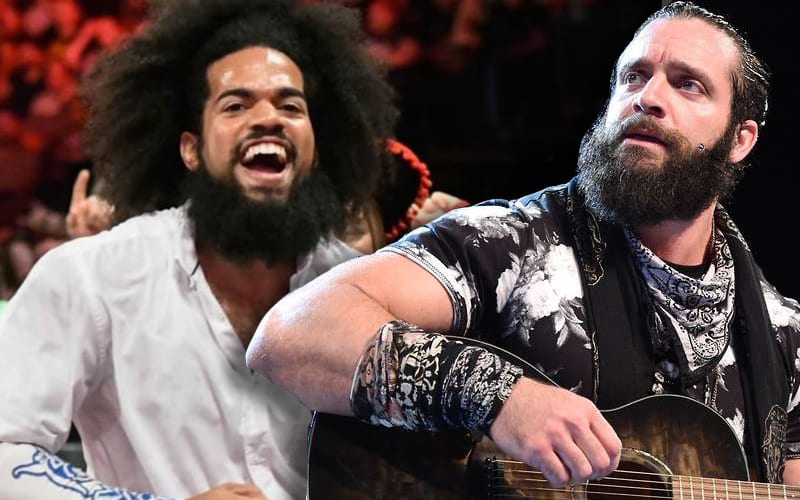 No Way Jose didn’t love the name WWE gave him, but it got his foot in the door. When he finally made his way to the WWE main roster, he did everything he could to write a change for himself in the show.

While speaking to Inside The Ropes, No Way Jose revealed that he wrote a ton of pitches for WWE. One of them included becoming Elias’ “groupie” as he would Walk With Elias. WWE obviously didn’t like that idea so the conga line continued.

“One of the first things I pitched was actually with Elias, my first year, I kept pitching to try to walk with Elias, like be a groupie, and go out there and try to play the guitar, one week go out with the conga drums, have everybody in the conga line do something different in order to keep interrupting him, piss him off, maybe we can build something there, and then he turns on me. It was very intricate, I had six to seven weeks planned of this damn thing. And then, no, that didn’t happen.”

“At one point, I had a prominent athlete ready to go for WrestleMania, I reached out, and I was like, look bro, he was onboard, and that didn’t happen, which bummed me out because I thought that was a sure thing.”

No Way Jose is not staying quiet since his WWE release. His recent merchandise proved that when it took a shot at Vince McMahon’s company for running during a pandemic.

We’ll have to see what’s next for No Way Jose. He gave WWE everything he had, but things just didn’t work out. He still has a lot to offer so we’ll just have to see what he comes up with when left to his own devices.

Do you think No Way Jose would have made a good groupie? Sound off in our new and improved comments section!