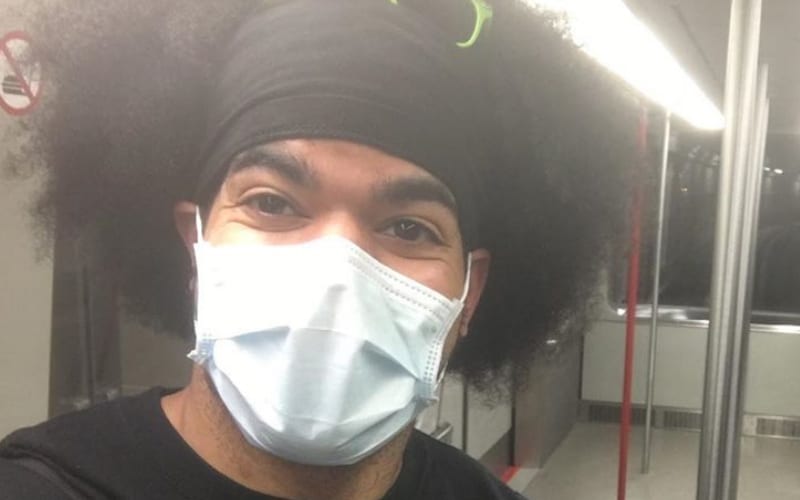 WWE is an essential business in Florida. They continued during the pandemic and are still running new television content on a weekly basis. They changed their taping schedule up a bit, but Superstars are still making trips to Orlando on a regular basis.

No Way Jose made that Performance Center trip from Seattle Washington. He even tweeted out proof that he was one of the one people at the airport.

Jose was released from WWE on April 15th along with so many others. He recently dropped a new t-shirt on PW Tees featuring that masked airport selfie. Around the image it says: “I’m just here so I won’t get fired!”

WWE let No Way Jose go even after he made the trip to Orlando for a television taping. At least he was able to get some merchandise out of the deal.

What do you think about No Way Jose’s new t-shirt? Do you want one? Sound off in our new comments section!