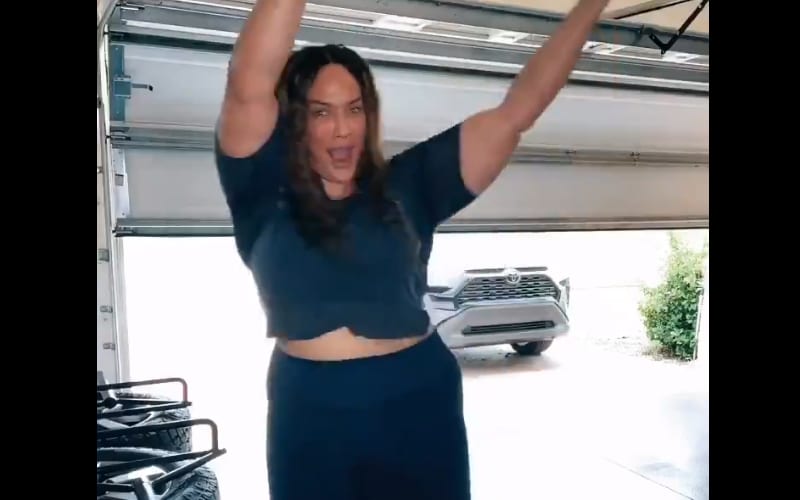 Nia Jax made her WWE return after WrestleMania 36. Her eyes are now set on Money In The Bank where she intends on capturing a contract for a guaranteed title match. She’s also having some fun along the way.

The Irresistible Force caused a bit of a stir after she was very rough with Kairi Sane on Raw. She didn’t seem to let it get to her, in fact, Jax used that botched spot to send a message to Ronda Rousey.

She captioned a new video: “When haters try to come for me” along with several emojis to show her confidence. The video included a second caption saying: “Post workout feeling.”

Nia Jax seems to be in a very good mood. She has a few haters, but she is paying them no mind. You can check out Nia Jax’s newest dance video below.