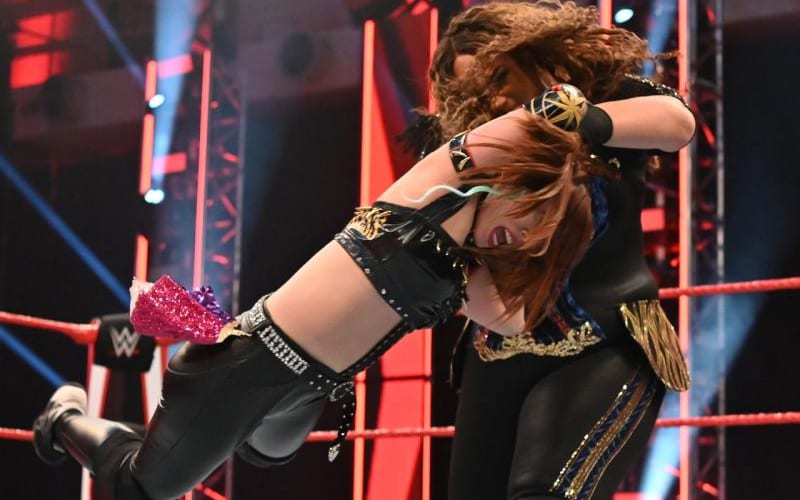 Nia Jax made her return to WWE following WrestleMania, but her reputation of being rough in the ring followed her.

Prior to her return to WWE, Nia Jax revealed during an interview that she had to step to and tell management about someone who was hurting Alexa Bliss. Jax volunteered to take Bliss’ spot in those matches. It wasn’t revealed who Jax was talking about, but a lot of fans thought that Ronda Rousey was the stiff culprit.

Nia Jax wrestled Kairi Sane last night and things didn’t go well for Sane at all. Nia Jax nailed her with a bucklebomb, but that move didn’t go as planned. Instead, Jax powerbombed Kairi Sane against the bottom turnbuckle which caused her neck to snap back.

Attention was called to this brutal spot on commentary. Fans at home saw that move as well. A lot of fans called Jax out for being rough in the ring.

It should be noted that Kairi Sane just returned from a concussion months ago. You can check out some of the more vocal responses below.

What do you think about Nia Jax ring work? Is she too rough? Sound off in our new and improved comments section!