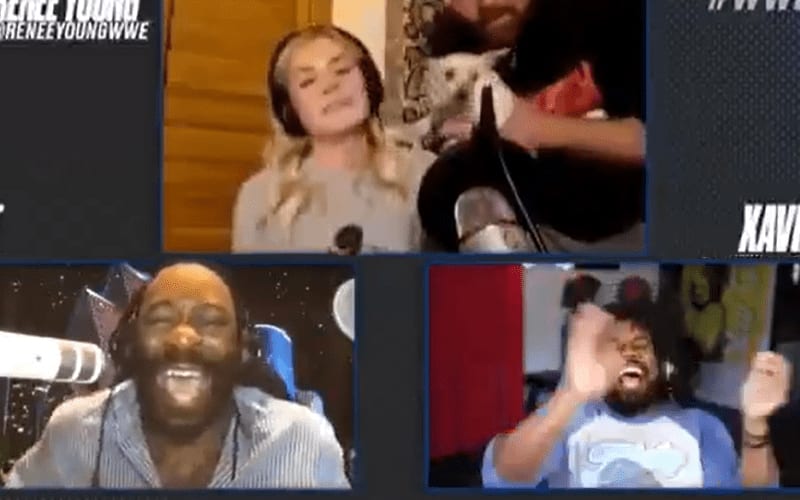 Jon Moxley just wanted to say hi during a webcam show of WWE Backstage. He jumped into Renee Young’s shot and everyone had a laugh. WWE might not have thought it was so funny.

While speaking to PW Insider Elite, Jon Moxley was asked if his wife got heat from WWE after he popped into WWE Backstage. He said that the short answer is yes. He did not go into any detail about it.

Mike Johnson then took the hint and moved on to another line of questioning. Moxley has not made his presence known during any of his wife’s webcam television appearances since.

Renee Young is still on WWE Backstage as host every week. She even appeared during Friday Night SmackDown this week for a rare blue brand appearance.

Do you think WWE made a big deal about nothing? Sound off in the comments below!