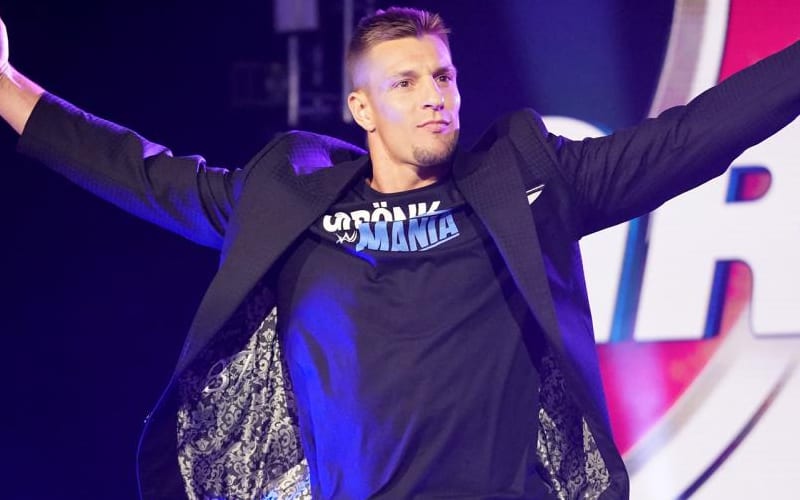 Rob Gronkowski retired from the NFL, but then he signed with WWE to be with his friend Mojo Rawley for a bit of WrestleMania fun. Once it was possible for Gronk to play with Tom Brady again, he took that chance and now he’s an NFL player once again.

NFL contracts have a clause in them which prohibits risky behavior. Since WWE is very unpredictable it’s likely that he won’t be allowed to take any bumps. Gronk pulling off another dive from the overlook in the WWE Performance Center is probably off the table as well.

The Wrestling Observer Newsletter noted that WWE had big plans to use Gronk for SummerSlam in Boston. Now a lot of that is up in the air.

Gronkowski was supposed to be a big part of the local promotion of SummerSlam in Boston this year. Who knows if this would be possible.

WWE was apparently planning to use Gronk at SummerSlam. It’s unclear if Boston will even host the event, but the TD Garden hasn’t cancelled it yet.

The bigger issue might be the kind of reaction Rob Gronkowski would get in Boston after his strategic trade to the Tampa Bay Buccaneers which magically pulled him out of retirement.

Do you think we’ll see Rob Gronkowski in a WWE ring ever again? What’s going to happen with the WWE 24/7 Title? Should Gronk just mail it back to Vince McMahon? Sound off in our new and improved comments section!