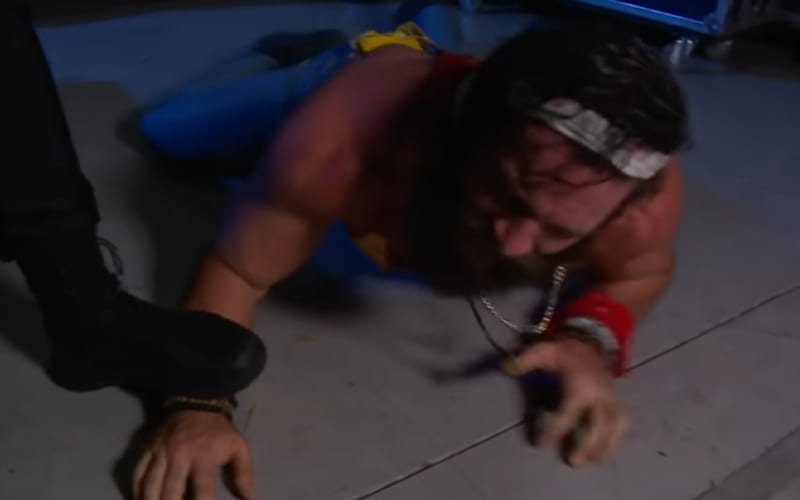 Elias took a long beat-down from King Corbin on Friday Night SmackDown last week. This resulted in a couple of very unfortunate injuries for The Drifter.

It was reported that Elias broke fingers and bruised his larynx. It will be hard for Elias to play guitar with a broken middle and pinky finger. Singing will be very hard as well.

The Wrestling Observer Newsletter noted that Elias’ injuries are worked. It is also notable that Corbin and Elias aren’t done with their feud just yet.

WWE is claiming Elias suffered finger injuries and a bruised larynx in the attack from Corbin, so that’s a worked injury report to keep their program going

Elias might not be injured in real life, but his character is. The fact that his character is injured could mean that it will be quite some time before he “heals up” enough to play one of his cutting guitar ballads against his opponent.

Those concerts for Elias have remained consistent in WWE whether he’s a heel or a babyface. His recent injuries might force him to figure out something else to do.

Has Elias given his final concert? Sound off in our new and improved comments section!