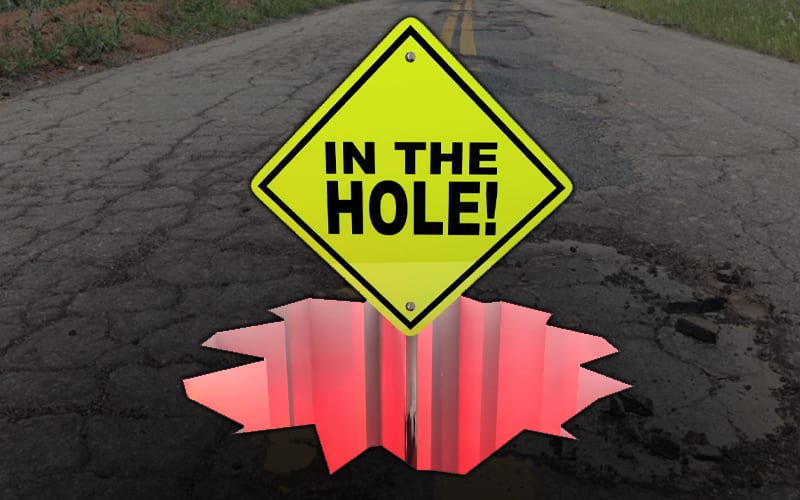 WWE is keeping their doors open and continue running during a pandemic as an essential business. They axed a lot of staff , but the they are set to make a profit. The company still doesn’t have an easy road ahead of them.

The Wall Street Journal notes that WWE is in debt for $578 million as of December, 2019. They are set up to pay that off in a five-year span. Ringside News‘ source on Wall Street noted that “you figure they’ll have $200 million to play with after they pay that off over a 5 year time horizon.”

Due to the debt WWE has, their stock was only worth a book value of $3.56 per share.

WWE is going to see a loss of revenue and high debts. The idea that television contracts alone will keep them thriving is not the case. They will not close down, but the company isn’t doing as well as some might optimistically hope.

The company is releasing their quarterly earnings numbers after the close of the business day. Those calls are usually at 10:00 AM in the morning. This new time doesn’t show a ton of confidence about what they have to say.

It is also important to remember that this report is for the 1st quarter. The pandemic only took up the last few weeks of the time frame represented by this report. A bulk of the losses won’t be included until the next financial report for the 2nd quarter. The company is just starting the second quarter, but if the lock-down continues, the company will report the actual loses.

The company is making $100 million per year in revenue from attendance. Live shows are not a thing anymore. Now WWE only has three major lines of revenue being television deals, WWE Network, and their official WWE Shop.

WWE is an essential business, but the WWE Network might be a luxury that some fans simply can’t afford. $9.99 might cut into the only $1,200 from a stimulus check someone might get for the foreseeable future.

Ringside News will have detailed coverage of WWE’s earnings report when it is released.