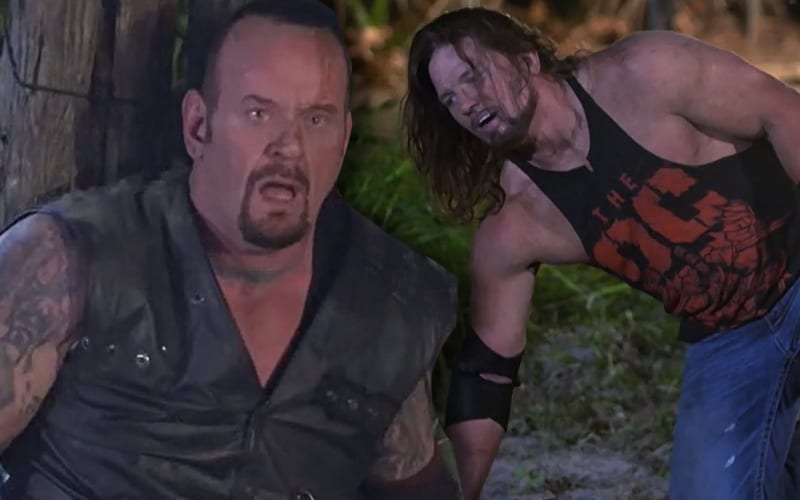 WrestleMania 36 took place mainly in the WWE Performance Center, but the Boneyard Match was something totally different. It was so unique that Vince McMahon had no idea what it even was when he booked it.

While speaking to After The Bell, Triple H walked fans through the crazy situation that it took to move WWE’s programming to the Performance Center in the first place. Vince McMahon also suggested holding WrestleMania in the WWE PC surprisingly early.

The Boneyard Match was something very different and Triple H took the helm. Then the problem remained about what the match would be in the first place.

“As we started coming down the pike toward Mania because Mania was being taped so a lot of things were taking place at the same time. So when we got done with NXT television I then went to Vince and said ‘if there’s something I can take I can run with it because everyone is going to be running in different directions. What do you think needs the most for me to look at’? I guess is a way of saying it and he was like, ‘the Boneyard Match.’”

Triple H took Michael Hayes out to their location and Hayes wanted to back out. He suggested that they do the match in a studio, but Triple H urged him to carry on with the hand they were dealt.

There was also an issue with getting a crew. WrestleMania was being filmed at the same time and they got one cameraman. Triple H needed more than that after coming up with what a Boneyard Match is.

Triple H called Vince McMahon and explained to him what he wanted for the Boneyard Match. Vince loved the idea and then Triple H told him they had a problem. There was only one camera available, but Triple H had a soluation.

The Game suggested that they use WWE’s digital team and people from NXT like Jeremy Borash. Soon they had seven cameras and two drones to shoot one of the most innovative matches in WrestleMania history.

If yo use the quotes in this article credit Ringside News