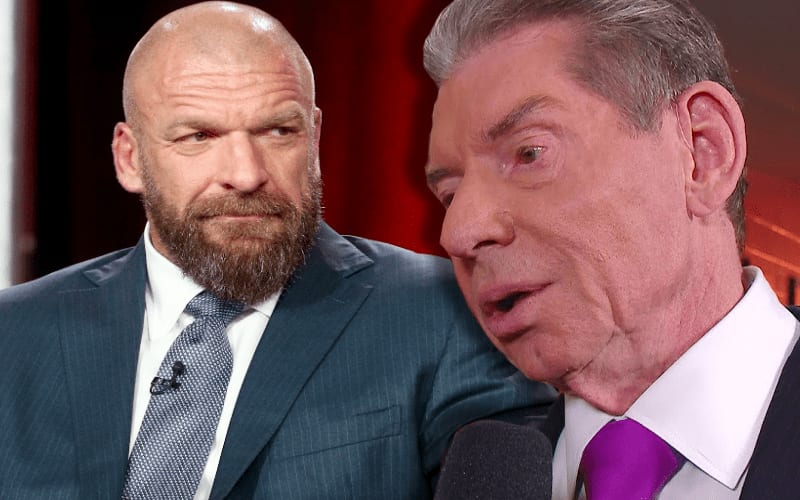 WWE is an essential business in Florida and running shows from their Performance Center and Full Sail Arena. This is not preferred and things escalated very quickly as the novel coronavirus changed everything about WWE’s plans.

NXT just so happened to be running a live television show from the Performance Center on the week prior to the COVID-19 pandemic sweeping the USA. They couldn’t use their usual venue because Full Sail University was running their yearly Hall Of Fame festivities. On the way to Orlando, Triple H had an idea that was sparked by the growing concern of the coronavirus.

While speaking to After The Bell, Triple H revealed that he had an idea that WWE might need to keep their Performance Center set up for a potential change of plans. They needed to call that audible far sooner than expected.

“As I’m flying down there in the morning I call Vince and say, ‘Hey, I haven’t seen the Performance Center yet, but we don’t do anything half-way, and I’m gonna go out on a limb and say it looks pretty spectacular. Maybe when I get done doing this live show tomorrow night maybe we should just leave the set-up up. Like, I know it’s costly and all that, but maybe just in case something cancels over the next couple of weeks where we can’t go into a town we can at least get everybody to Florida.”

“At that point I wasn’t even thinking about no fans. I said, ‘we can pick up the phone here and call the local fans and fill this place up pretty easily and at least put on a show.’ Vince said, ‘That’s probably smart, run the numbers and get them back to me and I’ll let you know.’ By the time we get to Tuesday night, and we get done with all that I call up Vince and say, ‘I don’t know the numbers yet, but it’s getting worse.’ He’s like, ‘Yeah it’s getting a lot worse, let’s talk in the morning.'”

When morning came, they didn’t care about the numbers. They knew that the Performance Center shows were happening eventually. Triple H soon got a call from Vince McMahon saying that the WWE trucks that were en route to Detroit weren’t just on the side of the road. They were already turned around and headed to Orlando.

SmackDown ran live from an empty WWE Performance Center that week. It was a crazy experience, but they pulled it off. Thankfully, Triple H had the idea that they might need their set-up so they didn’t tear anything down right away.

What do you really think think about the empty WWE Performance Center shows? Are you starting to get used to them? Sound off in our new and improved comments section!