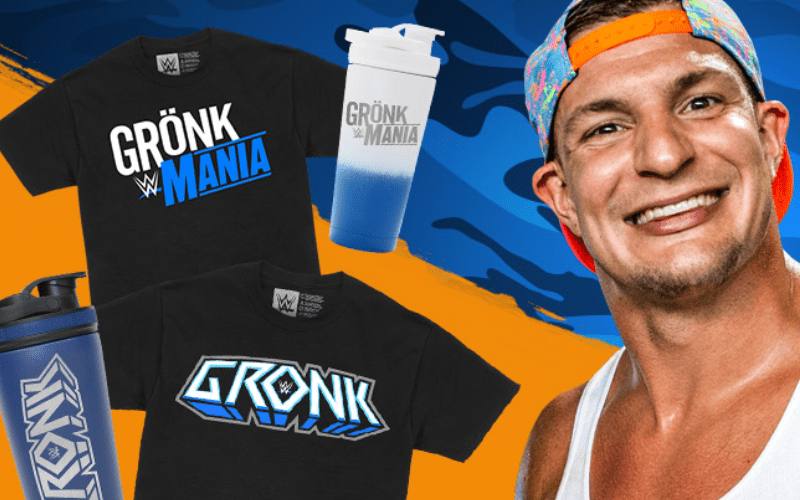 Rob Gronkowski is with WWE now. He left the NFL and became a WWE Superstar. He will also host WrestleMania 36. WWE is taking full advantage of that already.

The former New England Patriot now has a line of WWE merchandise. He will be on SmackDown this week to provide more details about how WWE is splitting WrestleMania into two nights.

WWE’s Shop went all out with Gronk. They have t-shirt and sports bottles for now. We can only assume that more merchandise will be coming. He signed a WWE contract so he’ll be around for more than just WrestleMania.

This is very interesting as WWE continues to press on with their WrestleMania plans as they try to produce the event to get it over with since the coronavirus destroyed their plans.