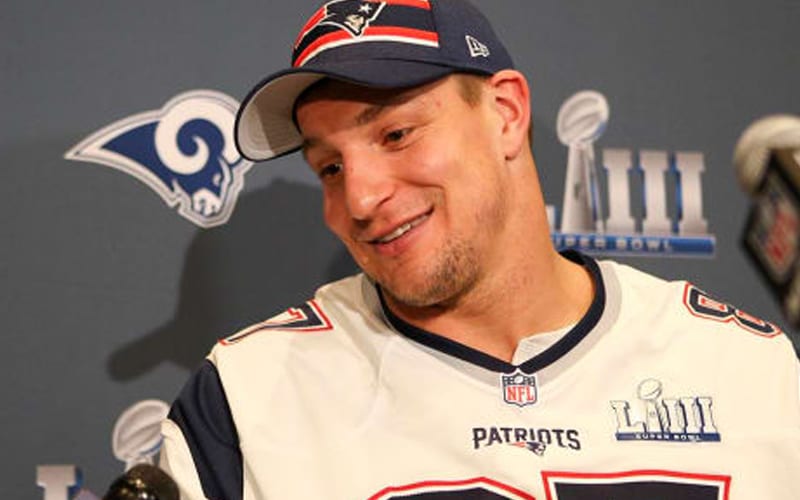 Rob Gronkowski is now a Tampa Bay Buccaneer. This big sporting power play trade not only brought him back to Tom Brady, but it also got WWE some buzz.

Gronk is the current 24/7 Title holder. Since he hasn’t been around since WrestleMania, Gronk is still the champion.

WWE released a statement on Rob Gronkowski’s recent trade. They congratulated Gronk on his return to pro football. Then they reminded him that he is still required to defend that title anywhere at any time.

“Congratulations to Rob Gronkowski, the current WWE 24/7 Champion, on his return to football.  Per the rules of the 24/7 title, Gronk must defend his championship at all times in any location. He could be celebrating a touchdown pass from #TomBrady…anytime, anywhere.”

Let’s see if Gronk comes back to WWE Television and takes a pinfall. Mojo Rawley already made reference to spearing him in the middle of practice or during a game to take that title.

What do you think about Gronk going back to the NFL? Is he making the right move? Sound off in our new and improved comments!