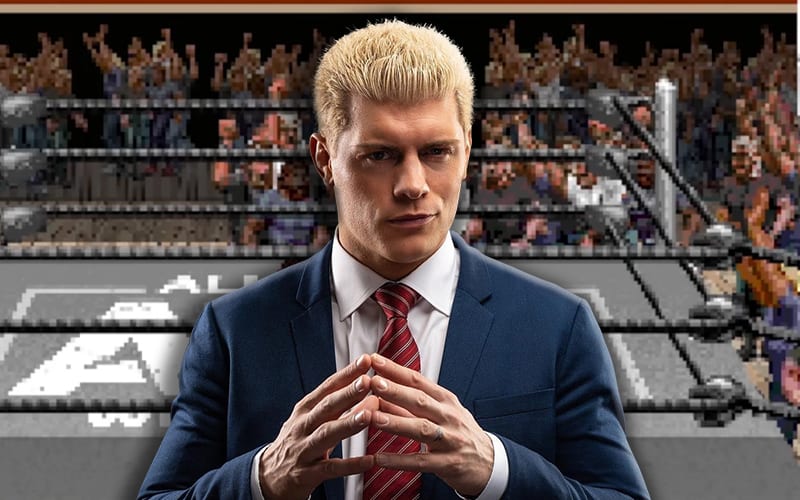 AEW has reached several benchmarks that some pro wrestling companies never accomplish. In less than one year they have produced pay-per-views, a weekly national television show, and they revealed action figures are on the way. A video game will take a bit more time.

While speaking to Bleacher Report, Cody Rhodes revealed the status of AEW’s upcoming video game. It is happening, but the creative process on a video game takes a lot of work.

Rhodes did promise that by the time the AEW video game drops, fans will know everything about it. He wants to take fans along for the ride as they build this new piece of the All Elite Wrestling puzzle.

“I’ll give the honest update: the AEW video game will be something all fans know about as we begin the process and as we move forward,” Rhodes said. “If we were to make a very good game, which is our intention, it’s going to take time. Game development is arduous, it’s a very creative space, and we want to do it right. We will keep people updated, it won’t come as a surprise, we want them to take the journey with us. Be extra patient so we can deliver.”

AEW presents a transparent version of pro wrestling unlike anything American fans have seen before. They are honest about things when other companies might try to kayfabe the situation. It appears the process of developing an AEW video game will be no different.

Will we see a Road To… AEW Video Game series? What do you want to see in an AEW video game? Sound off in our new and improved comments section!