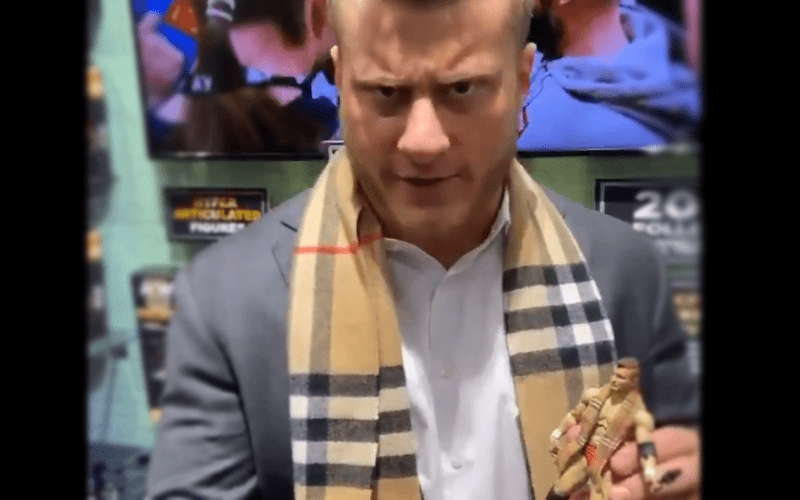 MJF has seen a lot and he’s also very rich. So, he’s hard to impress. His first-ever AEW action figure dropped and was debuted at the New York Toy Fair. Obviously, he had to take a look.

The Salt Of The Earth put over his action figure’s importance before saying that fans don’t deserve it. Those figures might be very hard to get so Friedman might have something there.

“We are here live with the most important action figure in the history of mankind. Honestly, you’re welcome you don’t deserve it, but it’s here. It’s better than you, and you know it.”

AEW has a lot of plans for their upcoming action figure line. They will have variants, rings and more. It all started at the New York Toy Fair and they’ve created a fair amount of hype so far.

At this time we’re not certain where the AEW action figures will be sold. They might be competing for shelf space against WWE action figures in major retailers soon enough.