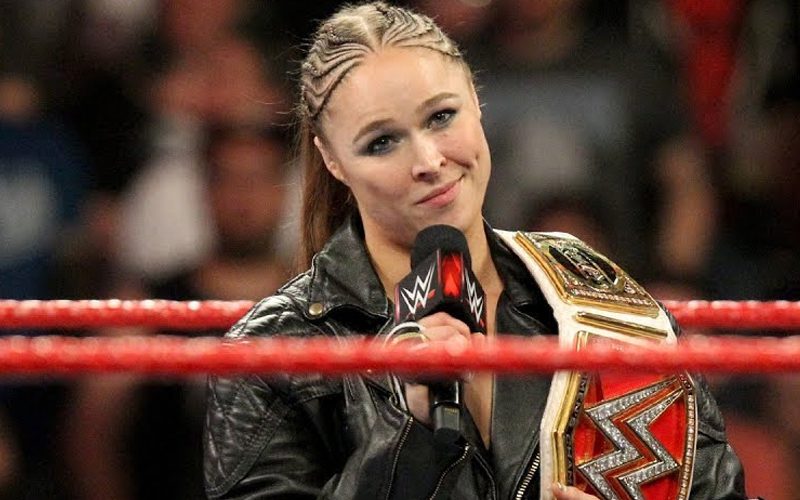 Ronda Rousey was on WWE RAW consistently for a year, but those days are over. Now the Baddest Woman On The Planet is holding out at Browsey Acres and concentrating on other things in her life.

It seems that Rousey has moved on from WWE. She has no interest in returning full-time to Vince McMahon’s company. Touring for a year was enough for her, but she isn’t totally ruling out a brief return.

“Well, if I ever do come back it will never be at a full-time capacity ever again. I think like for stints like chunks of time you know. I’m very much like an obsessive person or I like to obsess over something for a certain time and then like kind of go take some time to obsess about something else. But no I’m never gonna be full time again over 200 days a year on the road like that ever again because it’s just it was I needed to do it in order to learn and get like immersed into it and really understand what was going on but it’s just not the lifestyle for me.”

Ronda Rousey is still very busy. She recently appeared in a pretty funny cooking video with Gordon Ramsey. Right now she is still at Browser Acres where she is very happy that she invested so much time as a doomsday prepper.

Do you want Ronda Rousey to come back? Does WWE need her? How would you book her return? Sound off in the comments below!