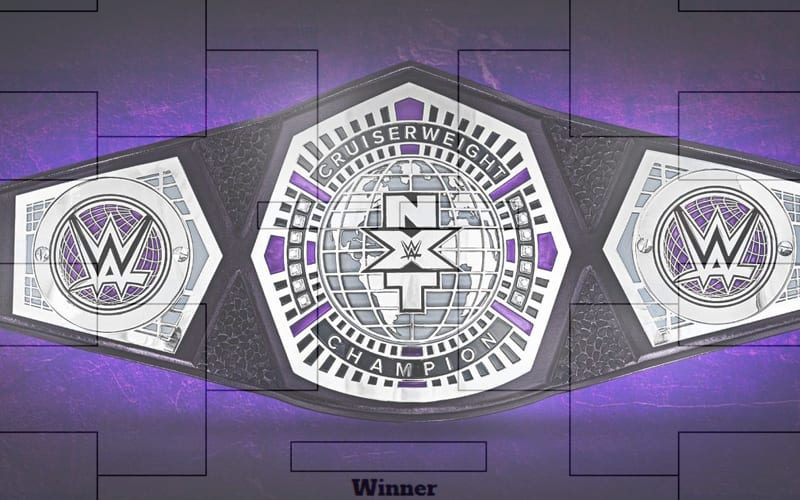 WWE had to make a tough choice when Jordan Devlin could no longer make the trip over from the UK. Since the novel coronavirus issued prevented him from coming to Orlando, WWE needed to strip him of the NXT Cruiserweight Champion.

A new interim champion will be crowned and now WWE has revealed details about the upcoming Cruiserweight Championship Tournament. 8 Superstars will compete in this tournament with very unique rules that we don’t see very often in WWE.

-Eight Superstars will be split into two groups of four.

-Superstars will compete against each of the three other members of their group.

-The Superstar with the best record in each group will advance to the championship match.

-Any ties will be broken by head-to-head record.

No participant names were revealed at this time. Those names will be revealed tomorrow.

We’ll have to see who ends up with the NXT Cruiserweight Title when this tournament is over. Odds are Jordan Devlin will be first in line to face the new champion whenever he’s able to come back. He wasn’t very happy about having his title taken away. He also said that whoever wins will receive a replica because he has the real one.

Who should become the interim WWE NXT Cruiserweight Champion? Sound off in the comments below!