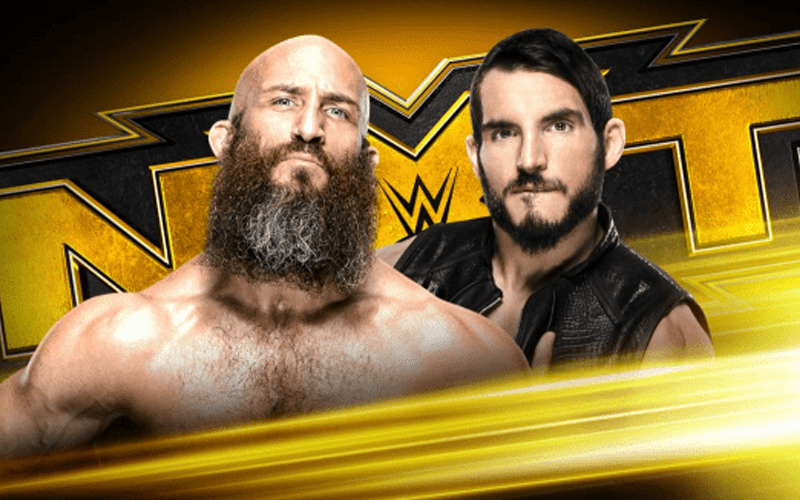 WWE had to call off NXT TakeOver: Tampa, but they are still holding the matches planned for that special. Tonight will see two of those contests on the USA Network during WWE NXT.

Tommaso Ciampa and Johnny Gargano are supposedly battling for the last time this week. Triple H booked an empty building for them. He also secured a referee and a pro wrestling ring. That’s all they need to finish things.

A #1 contender will be crowned for Charlotte Flair’s newly won NXT Women’s Title. Candice LeRae, Mia Yim, Io Shirai, Chelsea Green, Tegan Nox, and Dakota Kai will battle in a ladder match for the opportunity to face The Queen.

You can find the two items that WWE is promoting for tonight’s episode of NXT below. Those two matches could very well stretch the length of the two-hour broadcast, especially if Tommaso Ciampa and Johnny Gargano are really ending things with their empty arena match.