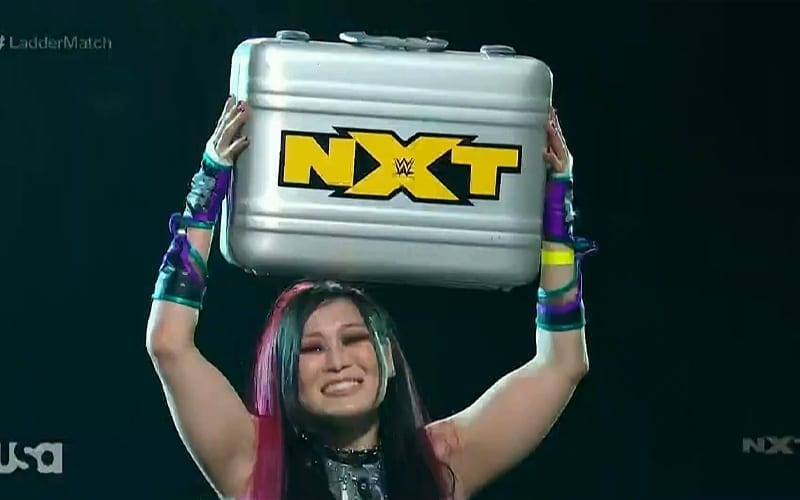 NXT TakeOver: Tampa would have been a great special on the WWE Network, but circumstances caused the event to be cancelled. WWE decided to run those planned matches on WWE NXT instead.

This week’s episode of WWE NXT opened up with a 6-woman ladder match. The winner of the match became the new #1 contender for Charlotte Flair’s NXT Women’s Title.

In the end, Io Shirai won the match and became the new #1 contender. Now Io Shirai will face Charlotte Flair for the NXT Women’s Title down the line. The time and place for that match has yet to be announced.