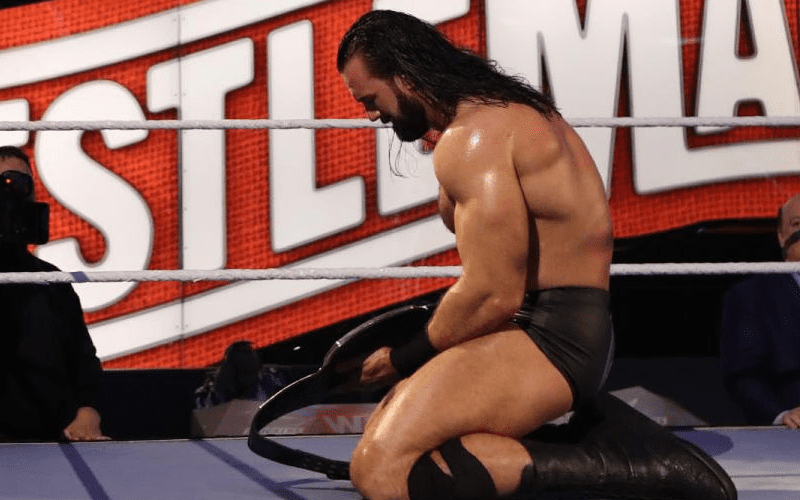 Drew McIntyre captured the WWE Title at WrestleMania 36. This was the biggest win of his career, but it took place during an uncertain time in history.

While speaking to WWE Backstage, Drew McIntyre was asked whether he felt additional pressure carrying the top title during this time. McIntyre feels no pressure.

Drew McIntyre wants to push forward and continue leading the locker room during this time in WWE history. These are strange and unpredictable times, but WWE is doing everything they can to remain safe and the WWE Universal Champion wants to continue stepping up.

“There’s no pressure, it’s obviously different. Obviously, the circumstances and the environment are unpredictable. You know filming everything from the PC, it’s a closed set, very strict health guidelines following all the health protocols. I had a locker room to myself at WrestleMania.”

Drew McIntyre experienced a very real moment in the ring after his title win over Brock Lesnar. He had the remind himself that it was still WrestleMania even without the fans.

McIntyre said he can’t wait to carry the WWE Title into arenas all over the world as soon as possible. We can only hope the same thing.