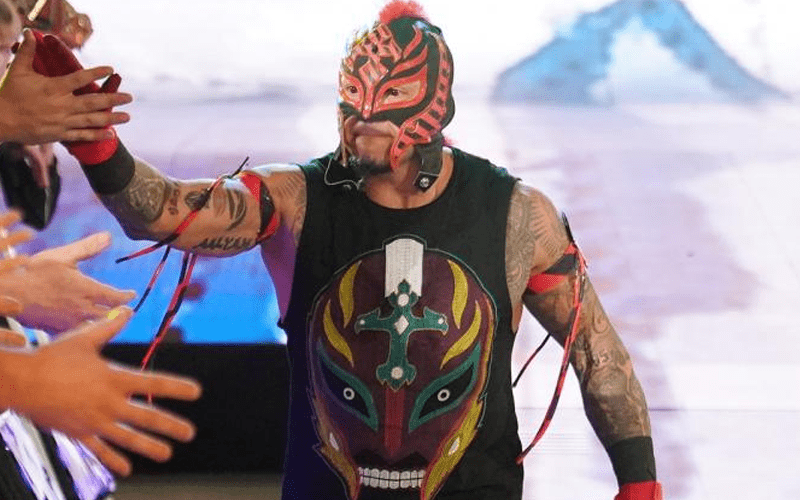 Rey Mysterio had to miss the WWE Performance Center tapings. He stayed at home instead of attending the tapings due to illness.

Rey Mysterio recently spoke to Fox Sport MX, and he explained in an interview in Spanish why he stayed home instead of working the recent run of WWE television tapings. His absence from the television tapings also meant he missed WrestleMania 36.

They were starting their tapings at the Performance Center, and Mysterio wasn’t 100%. He claimed that he had no symptoms of the coronavirus. Since he wasn’t feeling well WWE told him to stay home.

WWE’s doctors didn’t want to take any chances for potential issues, so Rey Mysterio was told to stay home in San Diego.

Mysterio didn’t mention whether he plans on being at WWE’s next set of television tapings. The company is sequestering all Superstars to a single hotel. They are also taking all precautions to sanitize the Performance Center.