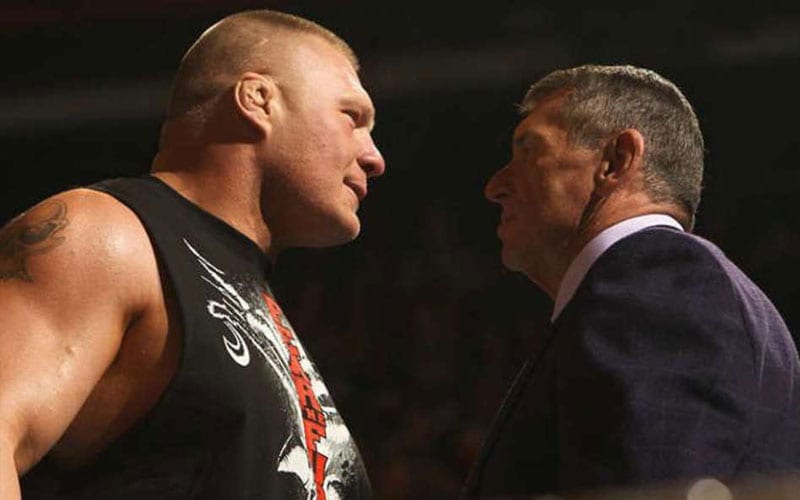 WrestleMania 36 is in the books and Brock Lesnar is no longer WWE Champion. Drew McIntyre toppled the Beast Incarnate and now the Scottish Psychopath is the top champion on RAW.

There is s a rumor going around that a backstage confrontation took place between Brock Lesnar and Vince McMahon following WrestleMania. The rumor is that Lesnar was upset about money.

Ringside News has been contacted by multiple readers about the rumored fight between Lesnar and McMahon. The rumor was that it resulted in Brock Lesnar being arrested. We would have ignored the rumor unless so many of our readers asked about it, because no truth to this story.

We have not heard anything about a backstage situation between Vince McMahon and Brock Lesnar. There was some drama backstage at WrestleMania, but it didn’t come from the Beast Incarnate that we’ve heard.

Brock Lesnar did toss his WWE Universal Title at Vince McMahon following WrestleMania in the past. This was captured on video and later aired on the WWE Network.

You can check out that famous Lesnar and McMahon clip from our Official Ringside News Instagram account below.