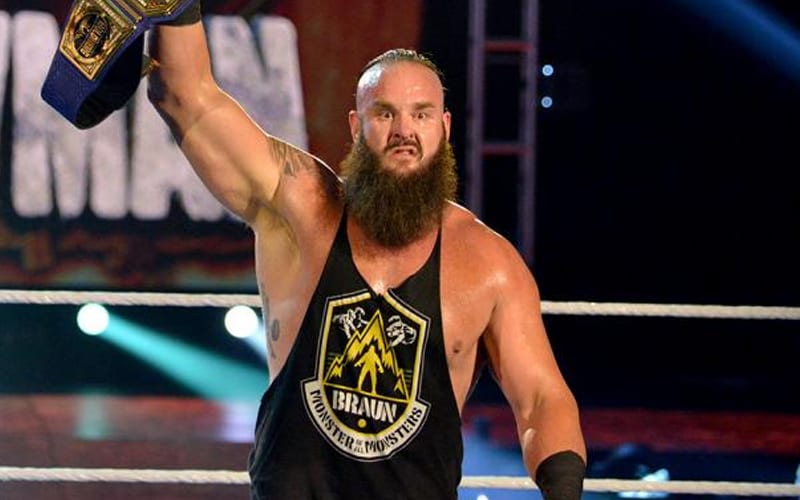 WWE needed to find another challenger for the Universal Title when Roman Reigns decided not to work WrestleMania due to the inherent risks involved.

We previously reported that the original plan was for Goldberg to win at WrestleMania once Roman Reigns pulled out of the match. WWE wanted to run Goldberg vs Roman Reigns at a later date, possibly SummerSlam.

Wrestle Talk reports that Goldberg didn’t win at WrestleMania because he “had no intention of adding more dates to his current deal.” WWE decided to have Braun Strowman placed in the match when “it was clear whoever replaced Roman would be winning the title.”