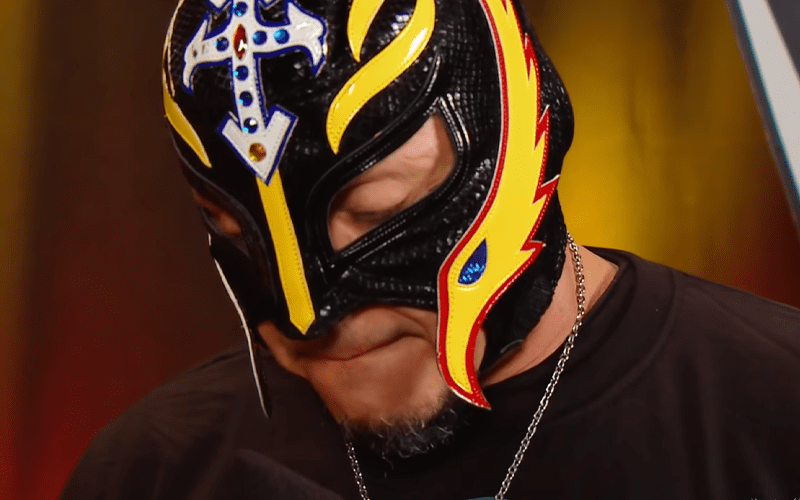 WWE had to stack WrestleMania 36 in a way they never imagined. Now they are pre-taping the show of shows for the first time ever.

The company added a Raw Tag Team Title match to WrestleMania 36. This will see The Street Profits vs Andrade and Angel Garza. That match seemed to come together in a hurry.

Dave Meltzer noted on Wrestling Observer Radio that WWE had a different idea for Andrade. They wanted Andrade to face Rey Mysterio at WrestleMania, but Rey is now in quarantine and can’t make the event.

“There were a lot of different ideas, multiple different ideas for U.S. Title matches. From last week, the main idea was probably going to be Andrade and Rey. Rey is also in quarantine so he’s off the show. You got to be safe rather than sorry for sure.”

Depending on what happens with Rey Mysterio’s WWE contract this might be the last WrestleMania that Mysterio could work. If he doesn’t sign a new deal this quarantine situation might have cost Mr. 6-1-9 his final WrestleMania moment.