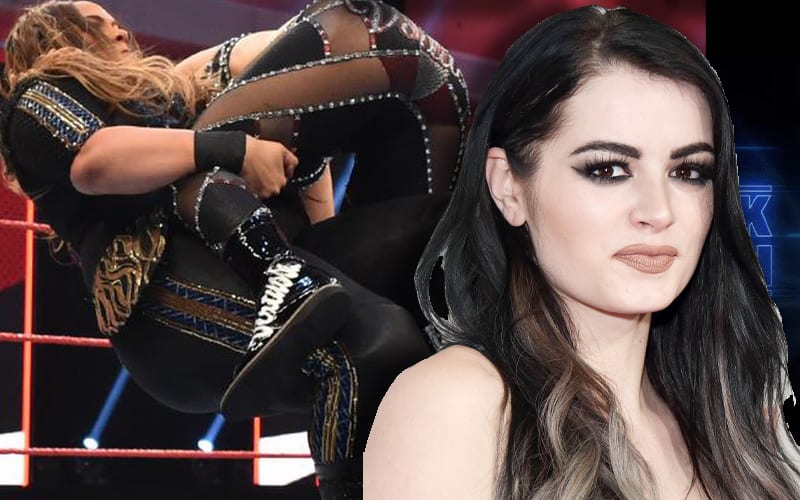 Nia Jax returned to the WWE ring on the RAW after WrestleMania 36. She made quick work of Deonna Purrazzo, but the Irresistible Force ended her match in a new way.

Jax nailed a Samoan Drop followed by a version of a DDT that fans haven’t seen out of Nia Jax before. Paige later commented that she gave Nia Jax her finishing move which was a very proud moment.

You never use another persons finishing move unless it is given to you. I gave it to @NiaJaxWWE and she just killed it. I have chills. Proud moment

There were rumors that Paige might be getting closer to a return to the ring. Odds are she’s not as close as fans would like to hope if she’s giving away her finishing move.