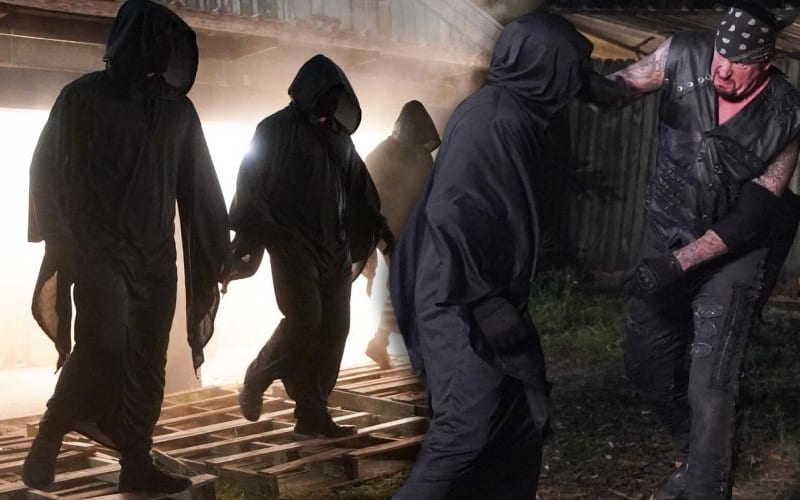 WrestleMania 36’s first night concluded with a Boneyard Match. Druids attacked and went flying as they turned on The Undertaker. This was a big statement during a match with plenty of storytelling.

WWE kept a lot of the details about the production of the Boneyard Match on lock-down. It took them a few days to build the set, and then they shot for eight hours. The druids really capped it off for a lot of people.

Brad Shepard previously reported that students from Afa’s Wild Samoan school were used to help out with some upcoming WWE content. He followed that report up by confirming that those students played druids in the Boneyard Match.

What Culture also reported that some of the druids were nervous about their performance. The Undertaker and AJ Styles were very patient with them and helped the druids out so they knew how to take the bumps and pull it off.