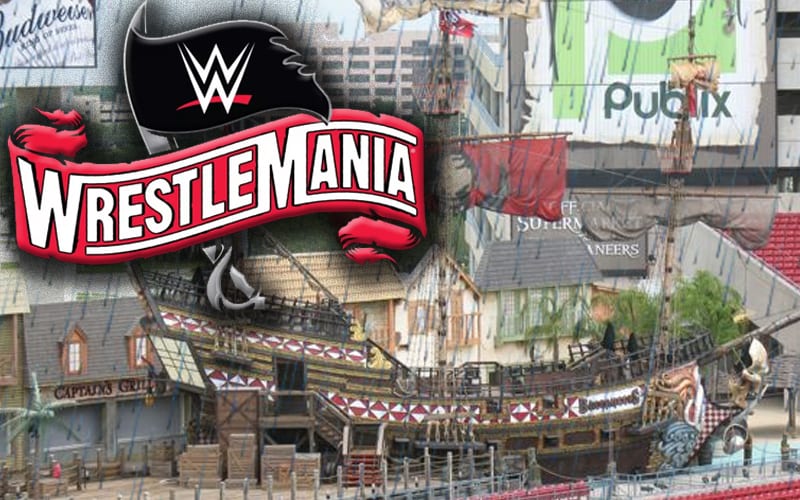 WWE was forced to relocate WrestleMania 36. They were not able to hold the show of shows in Tampa as planned because of the current global pandemic that the USA was not prepared for. It’s April 5th, the only day that WrestleMania should have taken place. It’s fun to think about what could have been.

If you log onto any local weather guide for Tampa, then the advisory is to bring an umbrella. There is a 70% chance of precipitation all day and it’s currently raining. It’s 72 degrees, but it’s still wet.

It would have likely rained throughout the entire WrestleMania weekend in Tampa.

It would have been amazing to see Raymond James Stadium packed with WWE fans. They would be wet today because the Tampa Bay Buccaneers’ stadium has no roof.

It might have cleared up bit eventually, but as you can see from today’s forecast, it’s likely that fans would have still been rained on. We can only assume that WWE had plans to build a canopy for the ring like they usually do when running outdoor events.