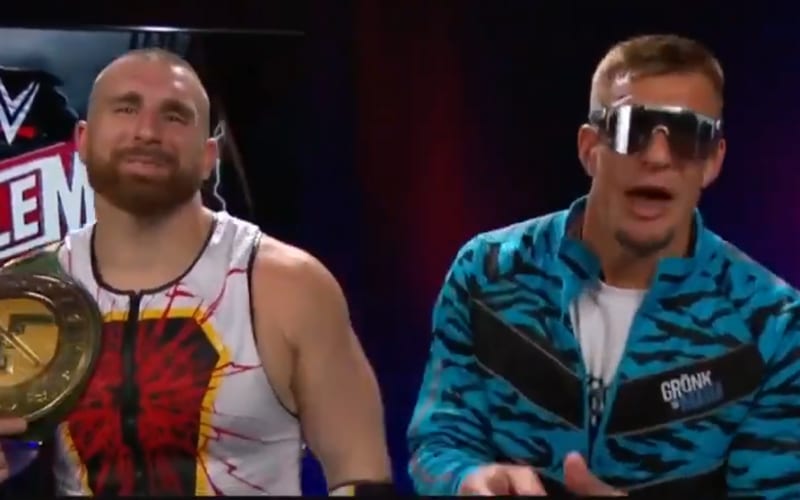 NASCAR races might be closed for fans, but the Pro Invitational Series is on. WWE’s new deal with FOX Sports is paying off yet again as Rob Gronkowski and Mojo Rawley got to tell the drivers to start their engines.

The two appeared next to a WrestleMania logo and Mojo Rawley was looking hyped with the WWE 24/7 Title. Gronk didn’t seem focused on the title anymore, but he was excited to hype up the second night of WrestleMania.

It’s interesting that Mojo Rawley said that WrestleMania is on the WWE Network and not the FOX Sports app. It also appeared as tho the two were co-Grand Marshals for the race.

Having Gronk in WWE is going to get a lot of exposure for the company because he gets invited to a lot of high profile settings. Now he will be waving the WWE flag for as long as he’s under contract.

This was a pretty fun little video which you can check out below.