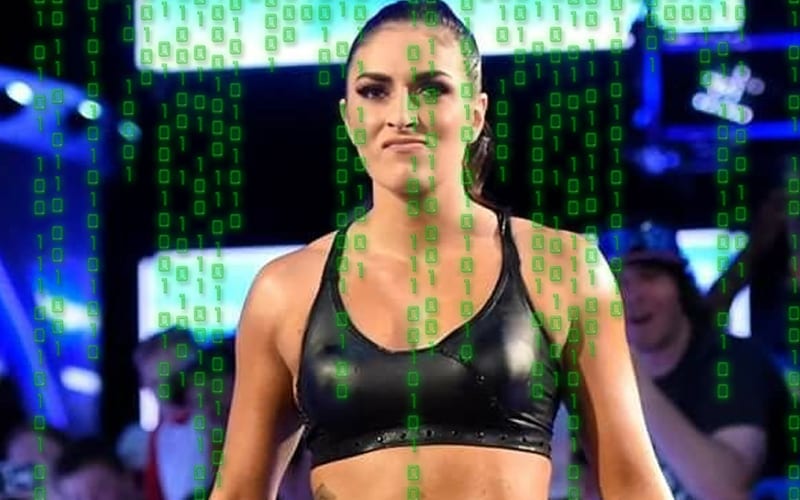 Sonya Deville was the target of someone who wants the truth to be out there. This hooded figure ruined Deville’s friendship with Mandy Rose with the click of a button. It looks like he’s not done with her.

Deville and Mandy Rose’s relationship is strained. Deville getting hacked doesn’t make it much better. Sonya Deville’s Twitter account was altered to say “The Truth” as her name.

Mentions to KARMA were put in her description as well. Another very interesting tweet said “All is fair in love and war. the truth will be heard” in upside down letters.

This is the same kind of tweet that was sent out on WWE’s official Twitter account. We’ll have to see what comes of this mystery hacker situation, but it’s also thought to be the same person responsible for all those glitches on the blue brand.