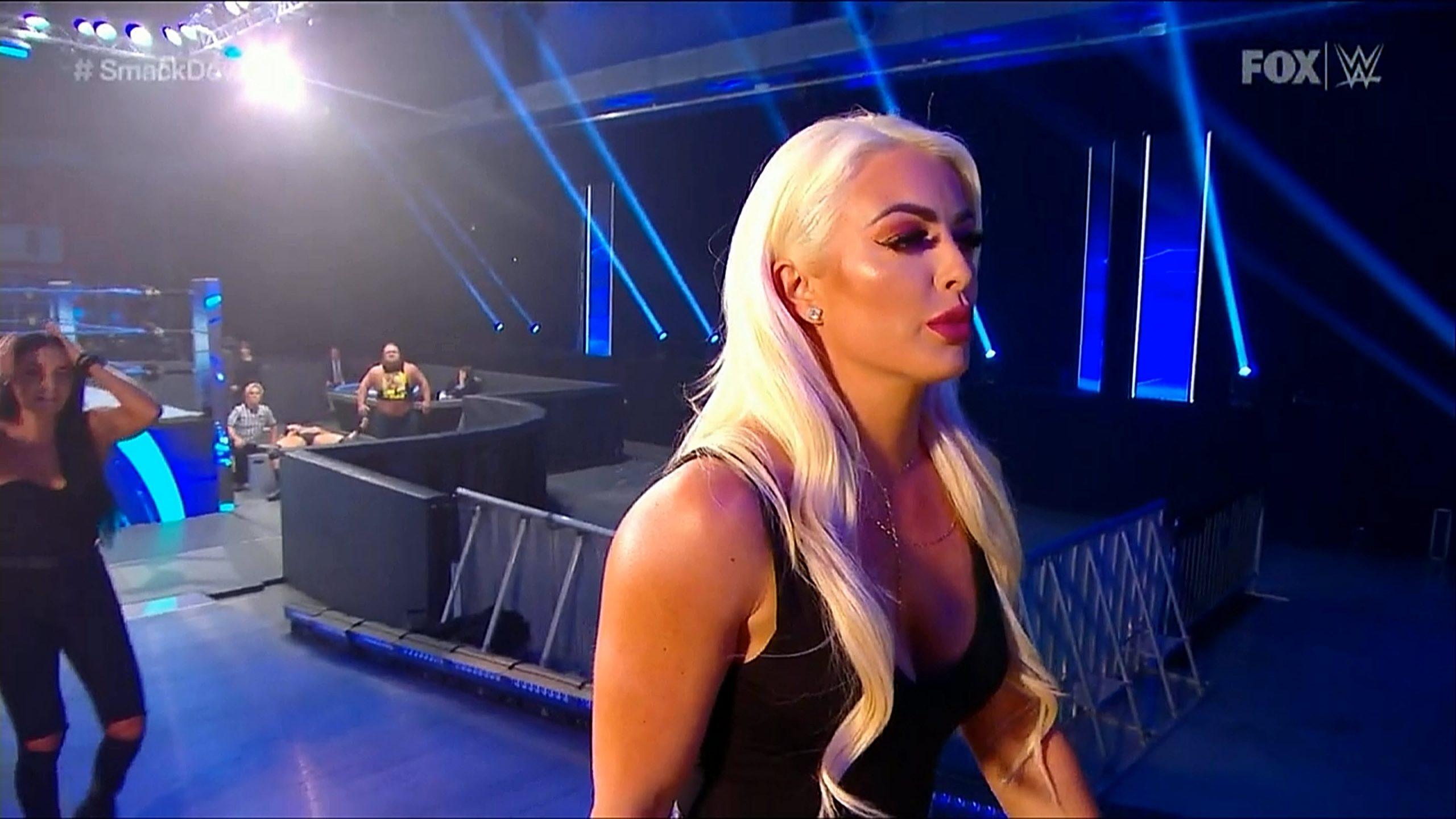 WrestleMania is this weekend and Otis vs Dolph Ziggler just had a lot more added to the storyline at the last minute.

Click here for our complete Friday Night SmackDown coverage from this week.

Dolph Ziggler and Tucker were having a match and then Mandy Rose came out with Sonya Deville. A masked man on the screen appeared and played a video showing what really happened between Otis and Mandy Rose.

Sonya Deville was the one who grabbed Mandy Rose’s phone and sent the texts to Otis. She was the one who wrecked Valentine’s Day. This caused Otis to be later so Dolph Ziggler could swoop in.

Deville also deleted Otis’ texts to Mandy. They had footage of Sonya Deville and Dolph Ziggler arranging this entire deal.

Suddenly, Mandy Rose had a stand down with Sonya Deville and she walked off while Deville cried. It looks like WrestleMania just got a heaping helping of drama added to it this year.