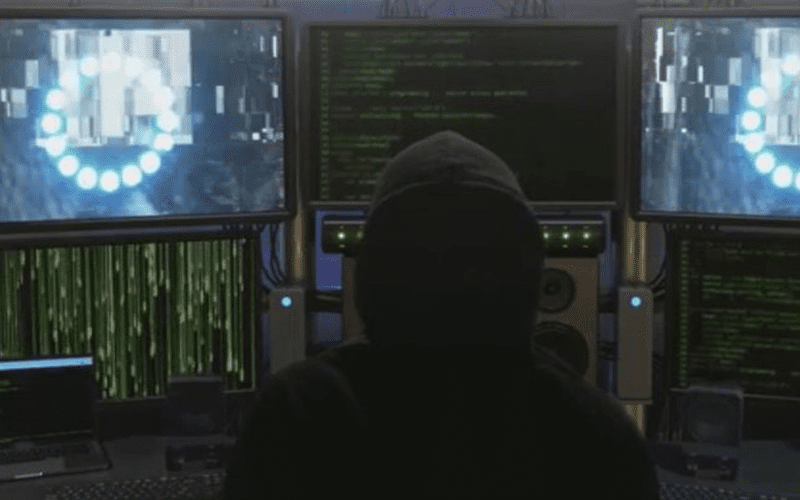 WWE SmackDown has featured random glitches for a while now. They were originally credited to Killer Kross, but he’s making his debut on NXT instead. Now we have our first glimpse of who is behind these strange glitches on the blue brand.

“The Truth Will Be Heard” seems to be the message. This hooded figure appeared on the screen and hit a button exposing Sonya Deville’s underhanded deeds against her best friend. It could also point toward a current Superstar.

WWE’s Twitter account was also briefly “hijacked” a few weeks ago. An upside down text said “The Truth Will Be Heard.”

Mustafa Ali is being tied to this hooded figure by a lot of online rumors. There are also come connections that make sense. His hand light is very similar to the circular pattern that appears in those glitches. Mustafa Ali has always wanted to be the truth and look to shine the light to expose injustice.

This could be some really cool vigilante behavior that also wraps into those previous cinematic promos as a cool backstory. We’ll have to see what happens next because everything seems to be in the air right now.