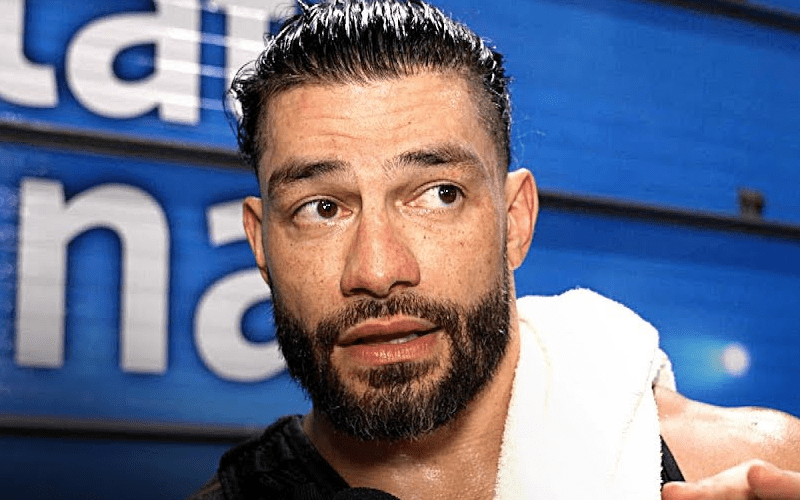 Roman Reigns decided to walk out of WrestleMania after he was there. There was a lot to this story, but WWE seems to be letting Roman Reigns take the heat for it.

The Wrestling Observer Newsletter provided all the details available about this story. Reigns was at WrestleMania and ready to wrestle. Then The Miz showed up and he was sick so he was flagged.

The Usos and Roman Reigns talked things out. It’s not clear who urged Roman to make the call, but he made it for himself. It was worded that Reigns “flagged himself.” Instead of taking credit for making a responsible call, they are letting The Big Dog take the heat for things.

The Usos, who were to face him, and Reigns talked about it and whether they talked him into it, or he came to the conclusion on his own, he flagged himself. And the company also let him take the heat for it, rather than taking the responsibility publicly, even if they didn’t actually make the call.

Roman Reigns explained himself in a video for fans. It’s understandable that he would be irritated for taking so much heat because he didn’t want to run the risk of dying.

Triple H said that WWE will have a very unorthodox way of pulling Roman Reigns from the match. Let’s see what they end up figuring out.