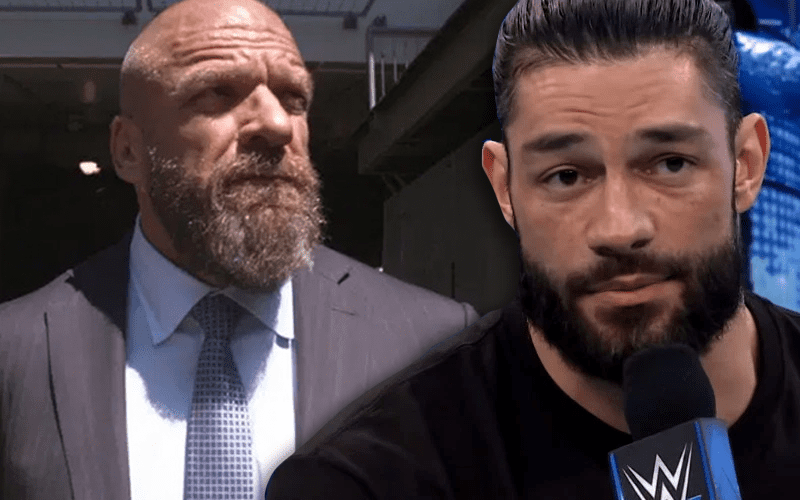 Roman Reigns decided not to wrestle Goldberg at WrestleMania 36. The risks for his health were just too great. He explained everything very well in a video message.

While speaking to Ariel Helwani’s MMA show on ESPN, Triple H addressed Roman Reigns having to pull out of his WrestleMania match. He said that they will do things in a unique manner to make sense in the storyline.

“You can watch our business in multiple different ways. One of them is the storyline aspect of it and to follow the storyline. Another way is the online component of it and the reality of it behind it. Roman has his situation and his reasons for doing the things he’s doing, but I will say from our standpoint and the storyline standpoint, it’s going to play out in a unique manner and we want it to play out that way. I don’t want to give away the ending of the movie before the movie takes place. Everybody just has to watch and see how this unfolds. It will unfold in a unique way and I think it will be meaningful for everybody.”

“There will always be critics, it’s our company’s mission to put smiles on peoples faces, and that’s what we’re trying to do in this situation at a time where people really need those smiles. It might not be the perfect product but it is the product and it is what it is right now.”

We might have to wait until WrestleMania to figure out how WWE will take Roman Reigns out of the Universal Title match. This is a very interesting situation, but there is one more episode of SmackDown to go. WWE could take care of it before WrestleMania if they were able to edit it into SmackDown.