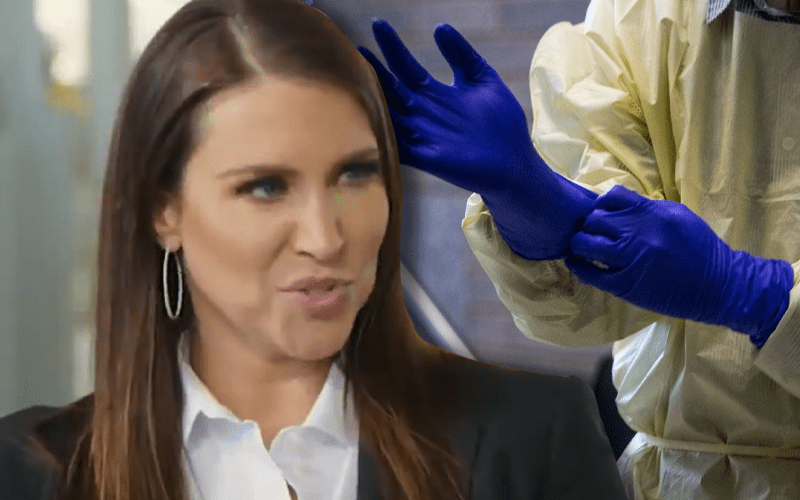 WWE had to record content at the Performance Center when they were forced to cancel so many live events. The novel coronavirus caused a big change, and WWE was very serious about the situation.

While speaking to Sports Illustrated, Stephanie McMahon explained WWE’s extensive measures to make sure that everyone at the WWE Performance Center is healthy. Everyone is tested no matter who they are. McMahon also went into some of their “pandemic-level cleaning” procedures. She said it “could be overkill,” but they aren’t taking any chances.

“In terms of safety measures and protocols, first and foremost, every performance is voluntary for our performers and crew. That is a really important note to highlight. Also, the Performance Center itself is a closed set. We’re shooting in waves. No one person, regardless of who they are, is allowed to enter if they have a temperature of over 100.4, or if they have been out of the country or been in touch with someone who has been out of the country.”

“We also do pandemic-level cleaning, which includes fogging and ultraviolet light, in the facility every single night. That could be overkill, quite frankly, but we really are trying to put in the best safety practices that we possibly can given the circumstances. Those are some of the measures we are taking, and it is as comprehensive as it can possibly be. We also changed some of the format for WrestleMania. We’re not holding the men’s or women’s battle royal—that’s just too many people in the ring at one time.”

Ultraviolet lights are a great way to make sure that any virus is killed. It is not suggested for human skin at all. This is another illustration of the preventative measures that WWE’s crew went through.

WWE doesn’t plan on stopping their filming. We exclusively reported how the company intends to carry on even through a stay at home order. It might take a lot more effort, but WWE is doing everything the can to continue providing content for fans.